Except US, all G20 nations pledge full commitment to Paris climate deal 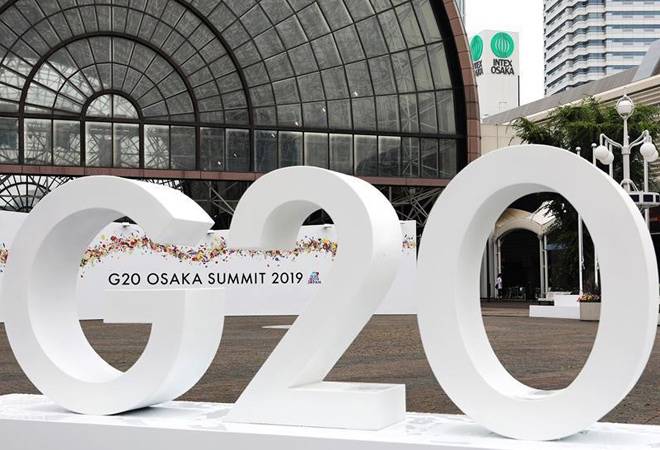 Nineteen members of the G20, except the US, on Saturday reaffirmed their commitment to the "full implementation" of the Paris climate deal, agreeing to look into a wide range of clean technologies and approaches.

Prime Minister Narendra Modi and other world leaders attending the G20 summit in the Japanese city of Osaka agreed to a climate change deal similar to that signed in Argentina last year.

As at the 2018 G20 meeting in Buenos Aires, the new declaration said that the US reiterated its decision to withdraw from the Paris Agreement "because it disadvantages American workers and taxpayers."

The document said the signatories to the Paris Agreement reaffirmed their commitment to its full implementation.

To help achieve climate change prevention, the G20 nations "will look into a wide range of clean technologies and approaches, including smart cities, ecosystem and community based approaches, nature based solutions and traditional and indigenous knowledge," the final document said.

The text maintained a "similar" commitment to fight climate change as in previous declarations in Buenos Aires and Hamburg, German Chancellor Angela Merkel said at a press conference at the end of the summit.

"We've succeeded after days and nights of negotiations to have again, after all, a 19 to 1 declaration, where the 19 signatory countries of the Paris agreement commit to the same things as we did in Buenos Aires," Merkel was quoted as saying by the Politico.

"We say that this process is 'irreversible' and we say that we have made our commitments [to cut greenhouse gas emissions] and will do a review again in 2020 to see whether we must make new commitments," she said.

The leaders discussed urgent problems with pollution, loss of biodiversity and climate change, noting the need for a shift in thinking about financing and the involvement of businesses in innovation and investment in sustainable growth.

But their declaration included a recognition of the US decision to withdraw from the Paris Agreement on reducing carbon emissions that lead to global warming and noted American progress from 2005 to 2017 in reducing such pollution.

The declaration said that a paradigm shift is needed where the virtuous cycle of environment and growth is accelerated through innovations, and with business communities playing an important role, in synergy with the public sector.

To this end, they stressed the importance of accelerating the virtuous cycle and leading transformations to a resilient, inclusive, and sustainable future.

They emphasised the importance of taking concrete and practical actions and collecting international best practices and wisdom from around the world, mobilizing public and private finance, technology and investment and improving business environments.

They emphasised the importance of providing financial resources to assist developing countries with respect to both mitigation and adaptation in accordance with the Paris Agreement.

They recognised that improving resource efficiency through policies and approaches, such as circular economy, sustainable materials management, the 3Rs(reduce, reuse, recycle) and waste to value, contributes to the SDGs, as well as to addressing a wide range of environmental challenges, enhancing competitiveness and economic growth, managing resources sustainably, and creating jobs.

The G20 leaders reiterated that measures to address marine litter, especially marine plastic litter and microplastics, need to be taken nationally and internationally by all countries in partnership with relevant stakeholders.