The contingent of Pakistani fighter jets had a surveillance drone with it. The drone might have been used to detect deployment of Indian troops near the Punjab border, as per reports. 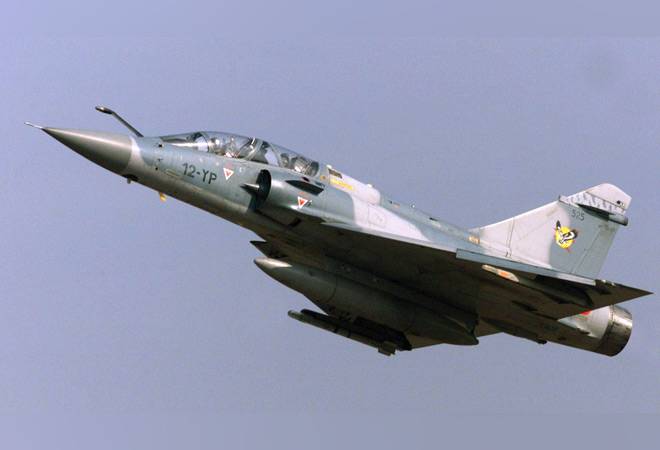 Mirage 2000s and Su-30s were deploayed by IAF after Indian radars picked up activity near Punjab border.

Indian Air Force scrambled its Mirage 2000 and Sukhoi Su-30 jets last night to tackle a package of Pakistan Air Force's four F-16 jets close to the international border near Punjab. It is unclear whether the Pakistani fighter jets were trying to invade the Indian airspace. The planes from Indian side were scrambled as soon as aerial activity was detected on radars.

According to sources, the contingent of Pakistani fighter jets had a surveillance drone with it. The drone might have been used to detect deployment of Indian troops near the Punjab border, India Today TV reported.

This recent movement of Pakistan air force jets came at a time when defence foces of both India and Pakistan are on high alert following the Pulwama terror attack on February 14 and the Balakot air strike on February 26.

Pakistan had scrambled fighter jets to violate Indian air space a day after Indian Air Force had sent its top fighter jets to conduct aerial raids on terror camps in Balakot, Pakistan. Both air forces had engaged in dogfights which saw one Indian and one Pakistani fighter jets shot down. The Pakistani army had captured Wing Commander Abhinandan Varthaman, who was flying the downed IAF jet. He was released two days after his capture.

Meanwhile, all three wings of the Indian defence forces, the army, the navy and the air force, have been on operational alert ever since.