Barack Obama shared this story on the latest episode of the Spotify podcast series 'Renegades: Born in the USA' with Bruce Springsteen 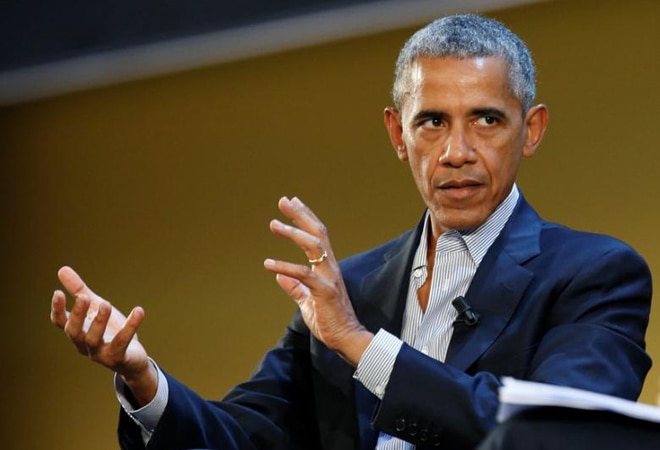 Former US President Barack Obama has revealed that when he was a teenager, he punched a friend in the face and broke his nose after the friend used a racist slur. The 44th US President shared this story on the latest episode of the Spotify podcast series 'Renegades: Born in the USA' with Bruce Springsteen.

"Listen, when I was in school, I had a friend. We played basketball together. And one time we got into a fight and he called me a c**n. Now, first of all, ain't no c**ns in Hawaii, right? It's one of those things that where he might not even have known what a c**n was. What he knew was, 'I can hurt you by saying this," Obama said in the podcast, adding "and I remember I popped him in the face and broke his nose and we were in the locker room".

Obama also warned his friend against using racial slurs in the future. "Don't you ever call me something like that," he said and pointed out that the use of racial slurs was an 'assertion of status over the other".

The 59-year-old further said the point of the racial slur was to say: "I may be poor. I may be ignorant. I may be mean. I may be ugly. I may not like myself. I may be unhappy. But you know what I'm not? I'm not you".

"That basic psychology that then gets institutionalised, is used to justify dehumanising somebody," he explained.

Obama has often discussed the lingering impacts of racism on American society, both in-office and since leaving it. He evoked a racial slur in a 2015 interview to warn that America is not "cured" of racism.

Spotify announced the launch of Obama and Springsteen's new podcast series, which was recorded last year in the latter's home studio. The series will feature six episodes released weekly exclusively on the Spotify streaming service.