It is the first time the G7 leaders are meeting since the start of the pandemic. The three-day summit will cover a range of issues, with a particular focus on how the group can lead the global recovery from coronavirus 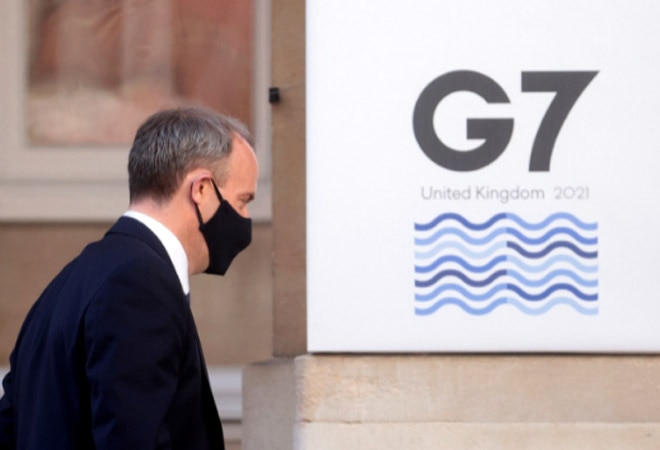 Over 200 world leaders, including former presidents, prime ministers and ministers have backed a campaign urging the Group of Seven (G7) rich nations to help vaccinate the world's poorest from low-income economies against COVID-19 by paying two-thirds of an estimated USD 66 billion required.

A letter, seen by the Guardian' newspaper ahead of the G7 summit to be hosted by UK Prime Minister Boris Johnson in Cornwall from this Friday, warns that the leaders of the UK, US, France, Germany, Italy, Japan and Canada must make 2021 a turning point in global cooperation because fewer than 2 per cent of people in sub-Saharan Africa have been vaccinated against COVID-19.

It is the first time the G7 leaders are meeting since the start of the pandemic. The three-day summit will cover a range of issues, with a particular focus on how the group can lead the global recovery from coronavirus.

The letter, whose signatories include former British Prime Ministers Tony Blair and Gordon Brown, argues the investment needed is affordable for the world's richest economies and vital to stopping the spread of new coronavirus variants that could undermine current vaccines.

The year 2020 witnessed a failure of global cooperation, but 2021 can usher in a new era. No one anywhere is safe from COVID-19 until everyone is safe everywhere, reads the letter.

Support from the G7 and G20 that makes vaccines readily accessible to low and middle-income countries is not an act of charity, but rather is in every country's strategic interest, and as described by the IMF [International Monetary Fund] is the best public investment in history', it notes.

They say that polling suggests the public backs the concept, with a survey commissioned by Save the Children revealing that 79 per cent of people in the UK who have a view think the G7 should pay to make the world safe.

An estimated USD 66 billion over two years is needed for the global vaccine effort. The former leaders say the G7 should pay two-thirds of the cost, according to the size of their economies.

For the G7 to pay is not charity, it is self-protection to stop the disease spreading, mutating and returning to threaten all of us, said Gordon Brown.

Costing just 30p (pence) per person per week in the UK, is a small price to pay for the best insurance policy in the world. Savings from vaccination are set to reach around USD 9 trillion by 2025, he said.

Over the weekend, Boris Johnson said he would ask his G7 counterparts at the G7 summit to rise to the greatest challenge of the post-war era by vaccinating the world by the end of next year . While there are no details on funding or dose-sharing yet, Downing Street said the UK will be laying out details of its contribution to global vaccination as part of its presidency of the G7 Summit.

India has been invited as a guest country to the three-day event, scheduled between Friday and Sunday, and Prime Minister Narendra Modi is expected to join discussions on health and climate change virtually.

The coronavirus has claimed over 3,730,500 lives, along with more than 173,360,900 cases of confirmed infections across the world, according to Johns Hopkins University COVID-19 tracker.