Beijing is widely expected to announce more support measures in coming weeks to avert the risk of a sharper economic slowdown as the United States ratchets up trade pressure, including the first cuts in some key lending rates in four years 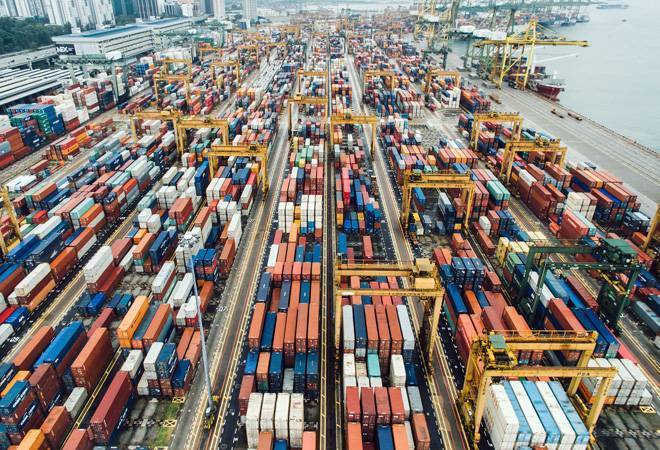 China let its currency slide past the key 7 per dollar level in August for the first time since the global financial crisis, and Washington labeled it a currency manipulator.

China's exports unexpectedly fell in August as shipments to the United States slowed sharply, pointing to further weakness in the world's second-largest economy and underlining a pressing need for more stimulus as the Sino-U.S. trade war escalates. Beijing is widely expected to announce more support measures in coming weeks to avert the risk of a sharper economic slowdown as the United States ratchets up trade pressure, including the first cuts in some key lending rates in four years.

On Friday, the central bank cut banks' reserve requirements for a seventh time since early 2018 to free up more funds for lending, days after a cabinet meeting signaled that more policy loosening may be imminent. August exports fell 1% from a year earlier, the biggest fall since June, when it fell 1.3%, customs data showed on Sunday. Analysts had expected a 2.0% rise in a Reuters poll after July's 3.3% gain. That's despite analyst expectations that a falling yuan would offset some cost pressure and looming tariffs may have prompted some Chinese exporters to bring forward or "front-load" U.S.-bound shipments into August, a trend seen earlier in the trade dispute.

China let its currency slide past the key 7 per dollar level in August for the first time since the global financial crisis, and Washington labeled it a currency manipulator. "Exports are still weak even in the face of substantial yuan currency depreciation, indicating that sluggish external demand is the most important factor affecting exports this year," said Zhang Yi, economist at Zhong Hai Sheng Rong Capital Management.

Among its major trade partners, China's August exports to the United States fell 16% year-on-year, slowing sharply from a decline of 6.5% in July. Imports from America slumped 22.4%. Many analysts expect export growth to slow further in coming months, as evidenced by worsening export orders in both official and private factory surveys. More U.S. tariff measures will take effect on Oct. 1 and Dec. 15. "China-U.S. trade friction has led to a sharp decline in China's exports to the United States," said Steven Zhang, chief economist and head of research at Morgan Stanley Huaxin Securities.

Sluggish domestic demand was likely the main factor in the decline, along with softening global commodity prices. China's domestic consumption and investment have remained weak despite more than a year of growth boosting measures. China reported a trade surplus of $34.84 billion last month, compared with a $45.06 billion surplus in July. Analysts had forecast a surplus of $43 billion for August.

August saw dramatic escalations in the bitter year-long trade row, with Washington announcing 15% tariffs on a wide range of Chinese goods from Sept. 1. Beijing hit back with retaliatory levies, and let its yuan currency fall sharply to offset some of the tariff pressure. China and the United States on Thursday agreed to hold high-level talks in early October in Washington, the first in-person discussions since a failed US-China trade meeting at the end of July.

But there was no indication that any planned tariffs on Chinese goods would be halted, and markets expect a lasting peace between the two countries seems more elusive than ever.

White House economic adviser Larry Kudlow said on Friday the United States wants "near term" results from U.S.-China trade talks in September and October but cautioned that the trade conflict could take years to resolve. China's trade surplus with the United States stood at $26.95 billion in August, narrowing from July's $27.97 billion. It still reached $195.45 billion in the first eight months of 2019, highlighting continued imbalances which have been a core complaint of Trump's in his administration's negotiations with Beijing. "The global economy is approaching the turning point of a recession, and external demand will for sure become worse and worse," Morgan Stanley Huaxin Securities' Zhang said.