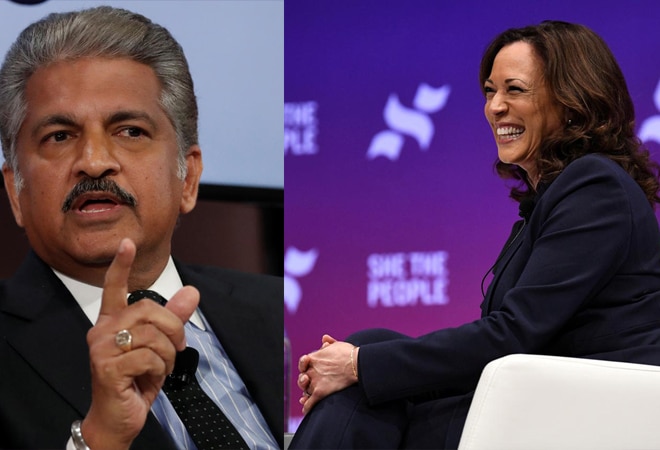 Time to get the pronunciation of her name right, America... pic.twitter.com/aZTjmH2km0

Also read: Joe Biden is next US President. Full stop!

The Mahindra Group Chairman also shared her victory speech and tweeted, "Maa tujhe salaam".  Harris thanked her mother in her first speech as the Vice President-elect and said, "I'm grateful to the woman most responsible for my presence here today, my mother, Shyamala Gopalan Harris. When she came here from India at the age of 19, she maybe didn't imagine this moment. But she believed so deeply in America where moment like this is possible."

Meanwhile, Prime Minister Narendra Modi called Harris' victory 'pathbreaking' and said that this event was a matter of pride not only for her chittis but also for Indian-Americans. The Prime Minister also stated that he is "confident that the vibrant India-US ties will get even stronger with your support and leadership."

People in Kamala Harris' ancestral village, Thulasendrapuram in Tamil Nadu made a rangoli to celebrate her victory in US elections. The message on the rangoli read, 'Congratulations, Kamala Harris, pride of our village' and 'Vanakkam America'.

Also read: 'Wouldn't miss it for anything': Kamala Harris' Delhi-based uncle to fly down to US for swearing-in ceremony