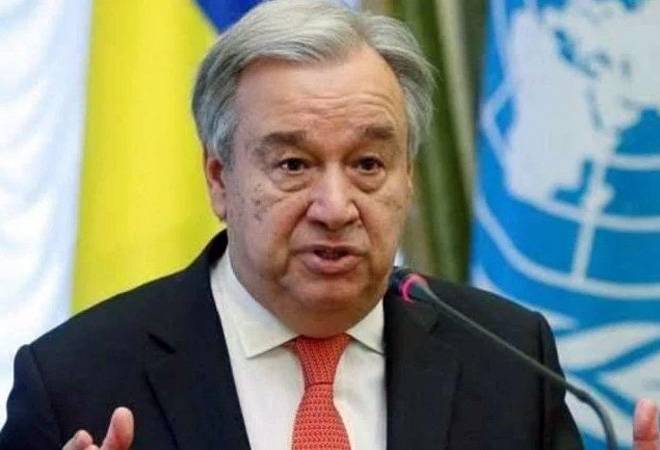 US Iran tensions: UN chief Antonio Guterres said it is "our common duty to make every effort to avoid a war in the Gulf that the world cannot afford

In the wake of an Iranian ballistic missile attack on airbases which house US forces in Iraq, UN Secretary-General Antonio Guterres said on Thursday he would continue his active engagement to de-escalate tensions and avert full-scale war, which the "world cannot afford."

In a statement released by his spokesperson Stephane Dujarric on Wednesday, Guterres re-iterated the "passionate appeal for peace" he made on Monday, after tensions rose dramatically across the whole Gulf region, following the killing of top Iranian general, Qasem Soleimani, in a US drone strike.

Iran said it had carried out pre-dawn ballistic missile attack on Wednesday against two air bases used by the US and other coalition forces in Iraq, in retaliation for the targeted killing on the outskirts of Baghdad airport on Friday.

The bases struck were the large Al Asad base, west of Baghdad, and another in Erbil, the centre of Iraq's Kurdish region. The strikes came just hours after the burial of the influential general, marked by huge crowds, in Iran.

"This appeal remains as important today as it was on Monday. For his part, the Secretary-General will continue his active engagement with relevant actors," the statement said.

Guterres said it is "our common duty to make every effort to avoid a war in the Gulf that the world cannot afford. We must not forget the terrible human suffering caused by war. As always, ordinary people pay the highest price," Guterres said.

The mission said in a tweet, "Senseless violence has predictable effects. We call for urgent restraint and a resumption of dialogue. Iraq should not pay the price for external rivalries.

During his daily press briefing, Dujarric added that "we very much support the unity, the sovereignty of Iraq.

He said the UN chief had spoken by phone on Tuesday with Iraq's President Barham Salih, "to whom he expressed the solidarity of the United Nations and continuing support for the Iraqi people.

"The international community should support the Iraqi people as they seek to create the conditions for political dialogue, he added.

Following a statement made by US President Donald Trump from the White House on Wednesday, Dujarric added: "We welcome any indication that leaders are walking back from major confrontation, and are doing whatever they can, to avoid any further escalation.

Guterres stressed in a tweet that Peace is our most precious value. It is the product of hard work and we must never take it for granted.

He said he is encouraged by signs that the escalating conflict in the Gulf may be subsiding. The world cannot afford another war.