According to this report, economies like the UK, China and Hong Kong, and Canada are much behind India in terms of adding new unicorns.

While India added 10 new unicorns, Canada and the UK added 4 new unicorns each whereas China and Hong Kong added 7 new unicorns in 2021.
BusinessToday.In

India is betting big on the unicorn scenario as a total of 29 start-ups -- largely across the SaaS, Fintech, and Edtech sectors -- entered the coveted billion-dollar valuation club in India during the first three quarters of Q3 CY21. These include Ratan Tata-backed Moglix, Kunal Shah’s CRED, Meesho, cryptocurrency trading platform CoinDCX, trading platform Groww, payments app BharatPe, and edtech platform upGrad, among others. Also read: We were taken aback by the protests; introduced changes in a single shot: Urban Company's Abhiraj Bhal

Fintech has ruled the roost as per this survey as the sector reported an exponential growth in its investments in India given the coronavirus pandemic. Investments worth $4.6 billion were recorded in the fintech space so far, up ~296 per cent from $1.6 billion in 2020. Investments worth $2.4 billion were recorded for 53 closed deals this year in Q3 CY21 across several stages of investment. 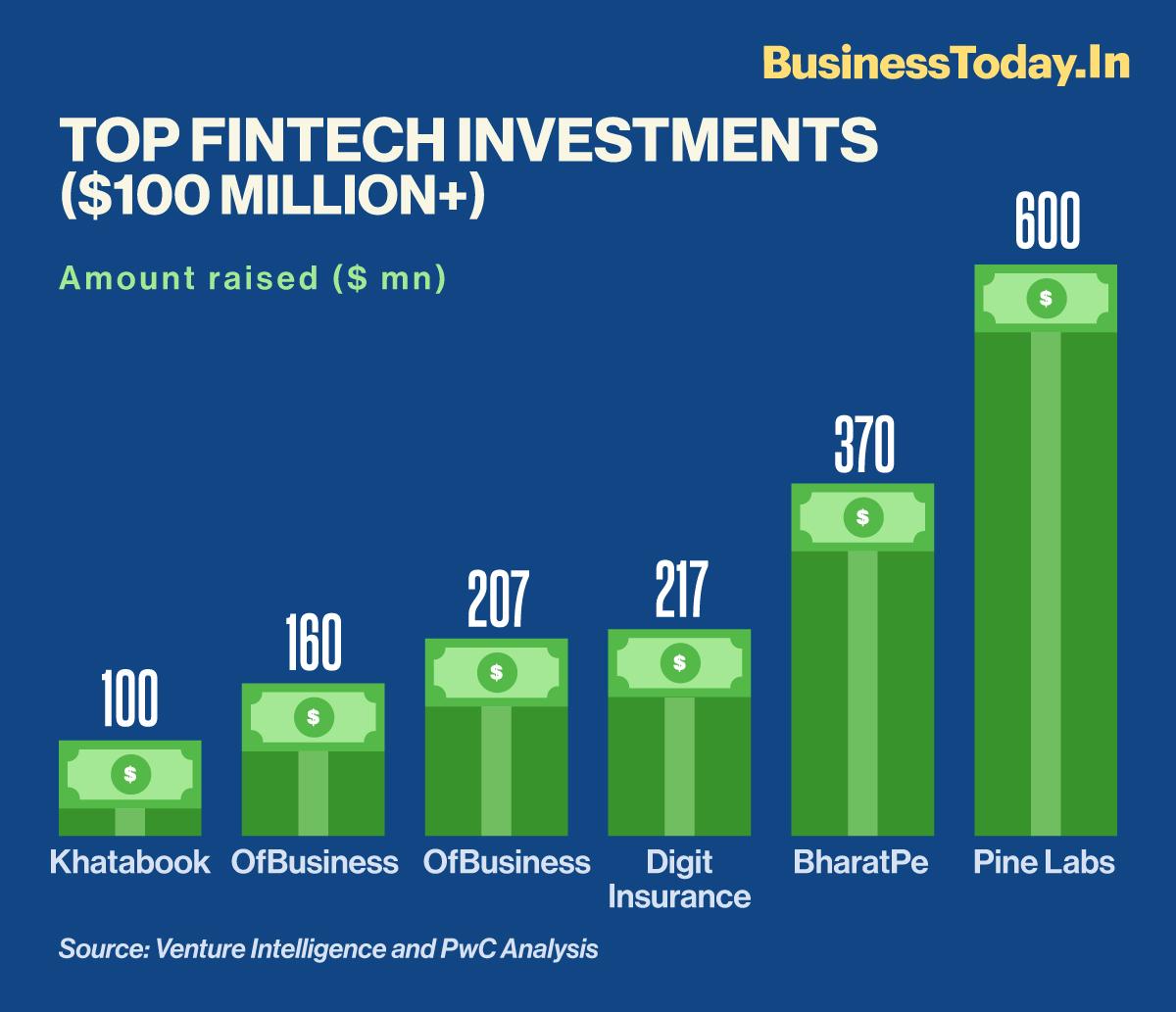 ALL'S NOT OVER FOR FOODTECH UNICORNS

Though not many foodtech brands could make it to this list, Curefoods founder Ankit Nagori is optimistic about the start-up revolution in India. “India is at the cusp of a really large digital revolution. Investors across the board are looking at long-term industry creation and, hence, making bets across various verticals. It’s the best time to be a digital entrepreneur in India. At Curefoods, we are looking to build and acquire digital native foods brands,” Nagori told PwC India.

Licious co-founders Vivek Gupta and Abhay Hanjura also chimed in and laid down some really ambitious future plans to tap into the $40 billion fresh meats and seafood sector. “In the coming years, you will see Licious work towards building a sustainable, responsible business that will reimagine the animal protein category in India through an optimal mix of global influence and products curated for the Indian palate. But most of all, you will see us championing the cause of the fresh meats and seafood sector as we continue to put it in the front row of consumer businesses in India,” they said.

Increase in funding activity in Bengaluru this year is driven by start-ups like Byjus’ CRED, Meesho, Swiggy, and Unacademy raking in huge investments while funding activity gained impetus in the NCR region on start-ups like Zomato, Pine Labs, OfBusiness, and Delhivery attracting humongous fundings. Edtech, fintech and media and entertainment are the key sectors that attracted funding in Bengaluru, as per the report. While, sectors like fintech, foodtech, and B2C attracted massive investments in Delhi.

Funding activity went up in Mumbai on the back of investments in edtech and healthtech startups like Eruditus and PharmEasy coupled with start-ups like Dream11, Gupshup, and Infra.Market raising significant funding.