The  December quarter continued to witness the strong investment momentum of startups  with a cumulative funds-raise of $ 7.2 billion during the Q4, CY2021, a growth of 18% q-o-q. as per a report by NASSCOM and PGA LabsThe December quarter, 2021 minted 14 unicorns . FinTech gained further traction and remained favorite among global investors community, the report stated.

The number of deals closed in Q4, CY21(184) increased by 52%  when compared to Q3 CY21 .A large part of the investments was driven by the large deals with a size of$ 100 million and above which constituted 68% of the total funding .
Approximately 92% of the funding activity was driven b ygrowth-stage and late-stage deals, as per the report. 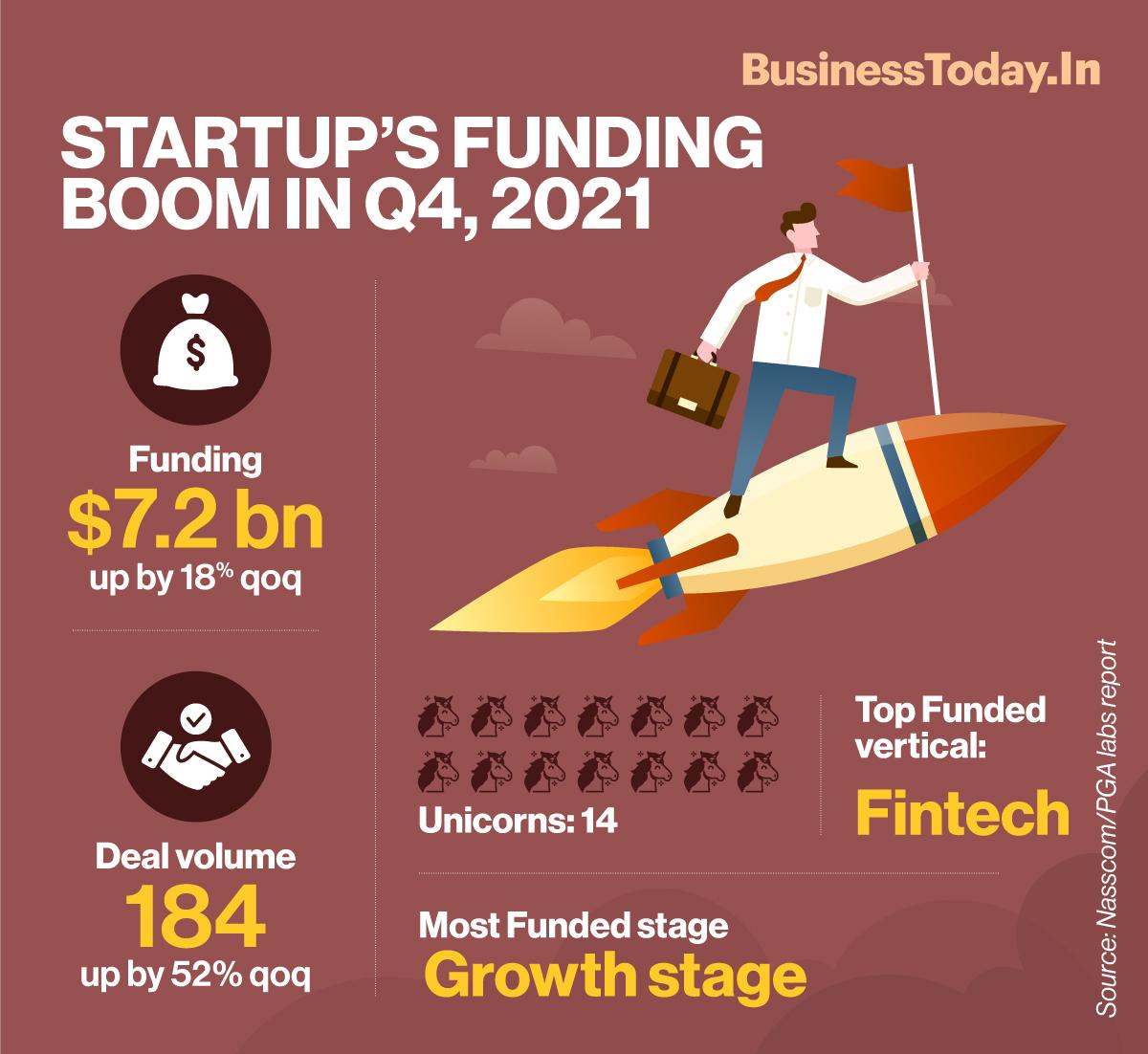 B2C startups funding constituted a majority of the startups investments received during December quarer at$ 5.6 billion across 116 deals with an average deal size of$ 51 million.
The top three funded startups in the B2C segment were Cars24, PharmEasy and Nykaa.

In the B2B segment, start-ups raisedover $ 1.6 billion across 72 deals, with anaverage deal size of $ 22 million with top 3 funded startups including Razorpay, Zetworks and Ninjacart.
The prominent investors for the quarter included Sequoia Capital ,  Accel and TigerGlobal with a cumulative 10 deals across various sectors, the report stated.