With the latest fundraise, the total shareholding of the Byju's promoters now stands at 22.9 per cent, whereas the non-promoters hold 77.03 per cent stake in it

Byju's raised Rs 2,200 crore (nearly $300 million) in a Series F funding round, which was led by Oxshott Venture Fund LLC. Oxshott invested Rs 1,200 crore for around 1 per cent stake in the firm.

Other investors in the current fundraise were Edelweiss, IIFL, Verition Multistrategy Master Fund, XN Exponent Holdings, among others. The Bengaluru headquartered firm received nearly $200 million from a bunch of investors in July at a $16.5-billion valuation. Since last year, the total funds raised by Byju's stand at $1.8 billion. 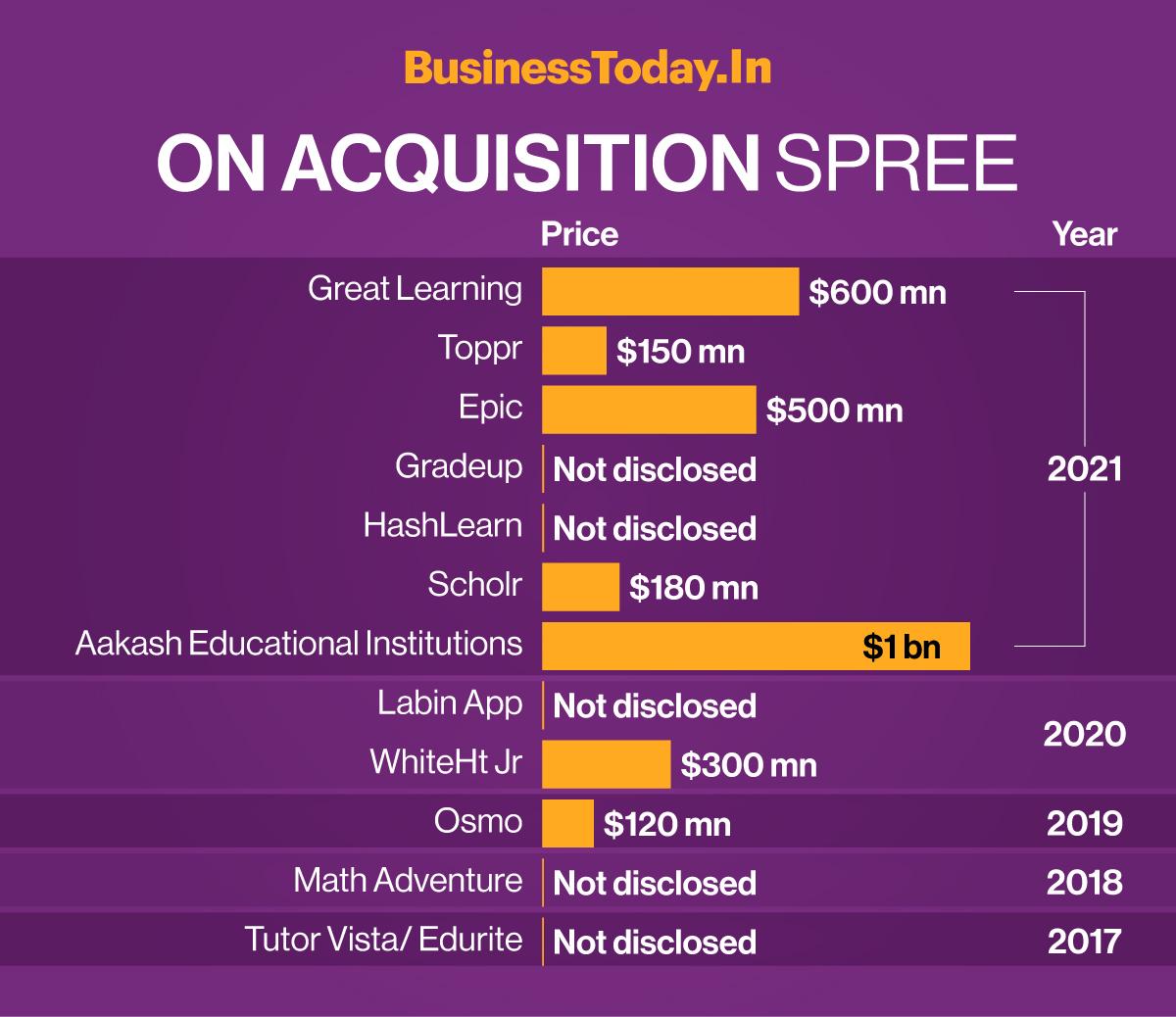 With the latest fundraise, the total shareholding of the Byju's promoters, including the CEO and co-founder Byju Raveendran, his wife Divya Gokulnath and brother Riju Raveendran, now stands at 22.9 per cent, whereas the non-promoters hold 77.03 per cent stake in the company.

Byju's, in its filing, said it is issuing up to 77,174 Series F CCPS shares, with a face value of Rs 10 each and that the funds will be used to meet the working capital requirements and business expansion plans.

Sources told Business Today that the global edtech leader is currently planning to expand to overseas markets, including the US and the Middle East, leveraging the acquisitions it has made so far. The company has spent over $2 billion in acquisitions in 2021.

Byju's acquired the largest chain of private tuition centres, Aakash Educational Institutions, for $1 billion early this year. The online education platform major also announced the acquisition of Singapore headquartered upskilling platform, Great Learning, for $600 million in a stock-cash mix deal, foraying into the upksilling vertical with the acquisition. Prior to this, Byju Raveendran-led firm acquired the US-based online learning firm Epic for $500 million.

The Byju's founder had earlier said the company will plan acquisitions in the future as well but will target profitability and an IPO in the next couple of years. Byju's IPO could value the company at nearly $50 billion, analysts tracking the company said, making it even more valuable than the upcoming Paytm IPO. Almost 80 million users use the company's platforms.