Former Paras Pharma co-promoter lines up distinct strategies in FMCG and in healthcare.

The Patel brothers have been a productive lot after their respective exits from Paras Pharma - the company that came out with brands such as Moov, Livon, Krack and Set Wet among others-which was sold to Reckitt Benckiser.


While Darshan Patel, the former co-founder of Paras, has already has a salvo in Fogg that is now among the leading deodorant brand,  younger brother Devendra Patel is also close on his heels with a competing brand in Layer'r that has roped in actor Imran Khan as its brand ambassador: "The communication is slated for release shortly," said Devendra Patel, promoter of Adjavis Venture Ltd, called AVL, that has incorporated in 2013 and has Layer'r as its main brand. 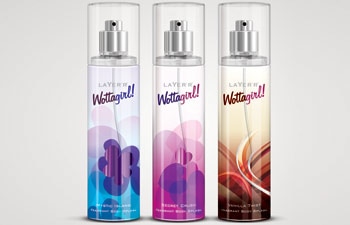 The advertising is being handled by The Co - an Ahmedabad-based ad agency - headed by Sanjay Menon, who earlier was the creative director of Mudra Communications and has worked on some of the Paras Pharma brands such as ItchGuard, Dermicool and D'Cold among others. 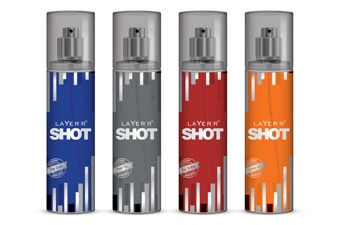 Patel has also launched a fragrance range for women called Wottagirl under the Layer'r brand that is being endorsed by actor Illeana D'Cruz. "Our fragrance is different, as we are available in a unique see-through bottle," he points out - referring to the difference from the deodorant packaging. That is not all, he has also extended his portfolio of products under the Layer'r brand to include hair styling gel with two variants - Rain and Fire.

Clearly Patel is seeking maximum mileage and has heavy spends to pump up his brand to draw eyeballs, this being peak cricketing and election season. He has also roped in his son, Shail Patel as a director at AVL to look after day-to-day operations, marketing, brand and product development. In fact, Patel has maximized his former exposure in sales (he was heading Sales in Paras Pharma) and already appointed 800 distributors across India: "We are planning to add another 100 to our field force," he said. In fact, he has recently roped in ad professional Ashok Swamy, earlier with Mudra Communications, as head of marketing. His core team has many former Paras executives such as Kalyankumar Chaudhuri as a director, Deepankar Seth as head of sales and distribution.

Meanwhile, older brother Girish Patel - who was considered a financial wizard and had stayed invested in Paras till the very end along with private equity firm, Actis - has just bought back stake from Actis in Sterling Hospitals.

He confirmed to Business Today that he has now majority control of the hospital chain and has plans for aggressive expansion, but refused to divulge more details. It is well-known that he intends to build a larger network across major cities in India. But this venture pulls him out of the fast moving consumer good space entirely: "I have nothing to do in the fmcg space," he said.