According to company data, the number of requests to Alexa in 2021 increased by 68% since the previous year.

Amazon India announced the fourth anniversary of Alexa in India today. For 4 years Indian customers have been using Alexa voice service in English, Hindi and Hinglish on Echo range of devices, Fire TV, Amazon shopping app for Android, and Alexa built-in devices by other brands.

According to the company, almost 50 per cent of customers are from non-metro cities. The number of requests to Alexa in 2021 increased by 68 per cent since the previous year.

Puneesh Kumar, Country Leader for Alexa, Amazon India, said, “We are constantly working to make Alexa more useful and delightful for customers in India with launches such as our most advanced Echo Show 10 with intelligent motion, India’s first celebrity voice with Mr. Amitabh Bachchan, and the Mahindra XUV700 vehicle with Alexa built-in.” 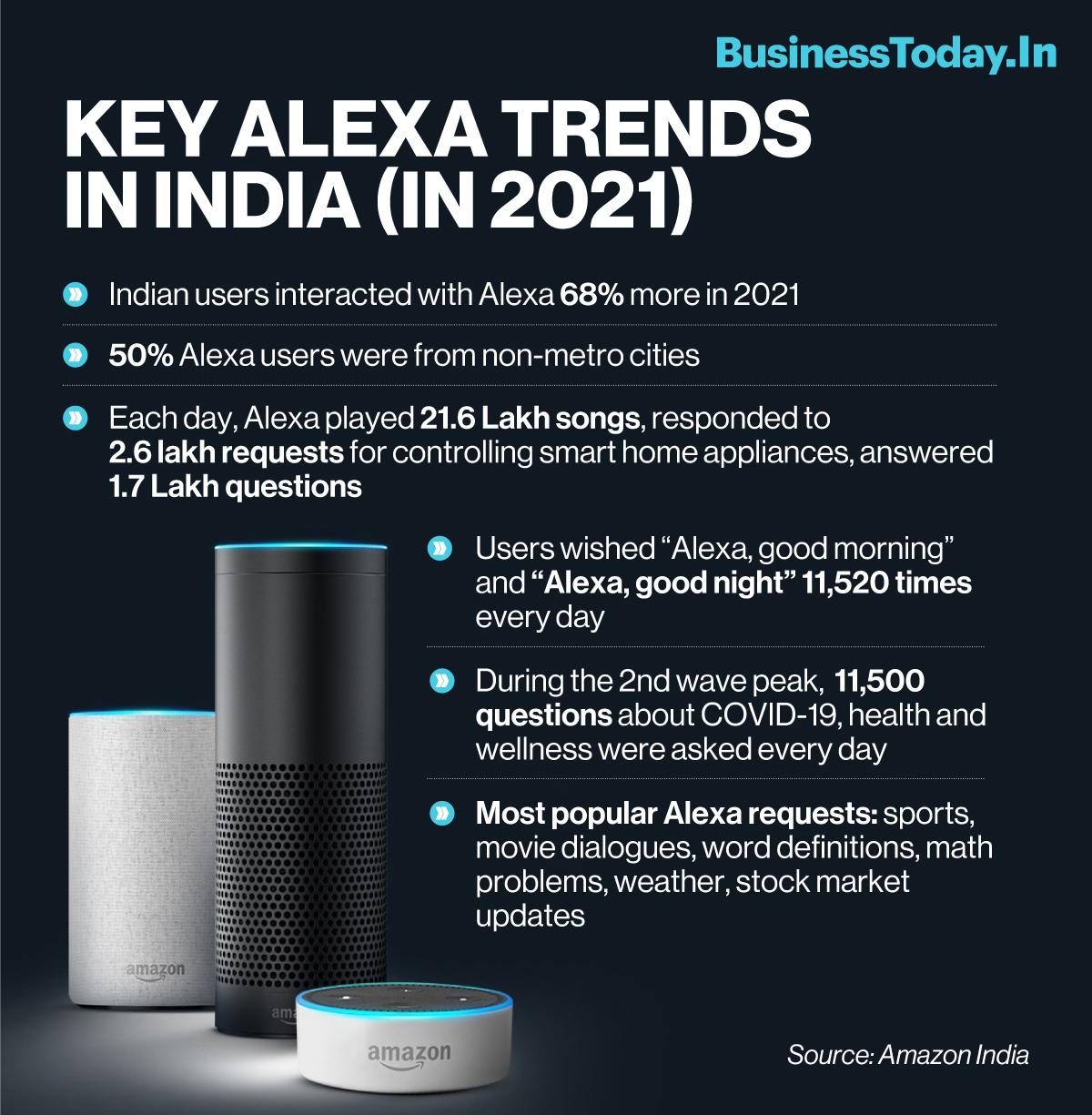 Most popular requests made to Alexa in 2021

Alexa responded to over 2.6 lakh requests for controlling smart home appliances every day. From sports, movie dialogs, and word definitions to tough maths problems, weather, and the latest stock market updates, customers quizzed Alexa with around 1.7 lakh questions every day.