The sluggish growth in investments in the country can be gauged from a precipitous fall in new investments which declined over 19 per cent in 2018/19 compared to the new investment proposals made in 2017/18.

In a recent interview to a TV channel, Prime Minister Narendra Modi stated that Article 35A and 370 held back development in Jammu & Kashmir "There must be investment and job opportunities in Jammu and Kashmir. Article 35A, 370 have been standing in the way of development. No one goes there to invest. We can build IIMs, but professors are not ready to go there as their children don't get admission in schools. They can't find homes. This ends up harming the interests of J&K. Pandit Nehru's policies stand as an obstacle for J&K today. It needs to be reviewed," the Prime Minister said.

The situation in the valley continues to be tense and uncertain amid this big development. In the meanwhile, we assess the employment and investment scenario of 'Heaven on Earth' over the years. 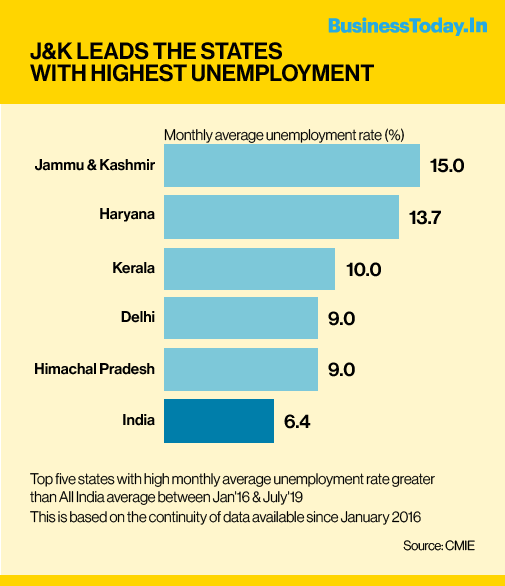 Historically, most of the manufacturing activity in the state has remained restricted to the state's inherent capacities in agriculture and handicrafts. With the passage of time, the policy makers and the industry continued cobbling many other relaxations that led to a variegated basket of industry incentives. At one point of time, state government was offering a set of as many as 14 different incentives to the industry. But the delay in sanctioning of the incentives and the disbursement process could not create the desired results. Government spending on industry sector as a per cent of the GSDP has not really picked up in recent years and the total capital expenditure on industry sector declined to Rs 114 crore in 2016/17 from Rs 153.4 crore in the previous year. 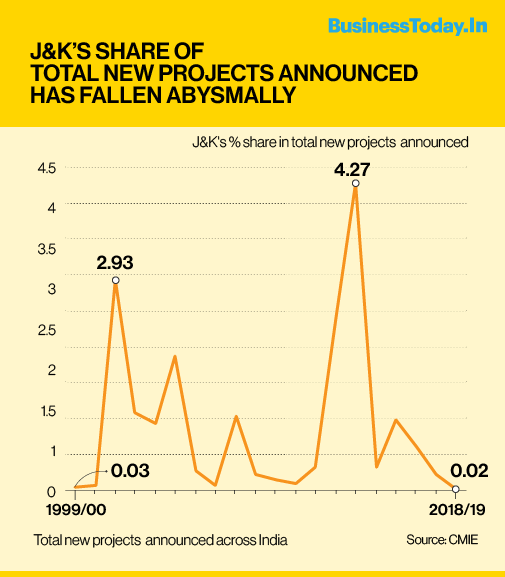 Also read: J&K Crisis Live Updates: History will judge whether it was historic or not, says Kapil Sibal