Ockhi, termed as a 'very severe cyclonic storm' with wind speeds between 155 km and 165 km per hour, hit the coastal areas of Tamil Nadu and Kerala on 30 November, before reaching Goa and Maharashtra.

Ockhi's deadly dance was well underway within 12 hours of the first "rough seas" warning being put out on 29 November. The weather system around the Comorin area remained at "deep depression" till late night, and rapidly evolved into a 'cyclonic storm' in the early hours of the following day.

In Kerala and Tamil Nadu, the Indian Meteorological Department (IMD) offices and state governments were taken to task for delayed warnings. Goan authorities also drew flak due to delayed actions resulting in massive losses. 243 fishermen in Tamil Nadu, 250 in Kerala and 1,047 people in Lakshadweep have so far been rescued.

According to the UN office for disaster risk reduction (UNISDR), India was among the top three disaster-hit countries in 2015, with a whopping $3.30 billion in economic damages. A look at India's disasters and its attempts to tackle the crisis 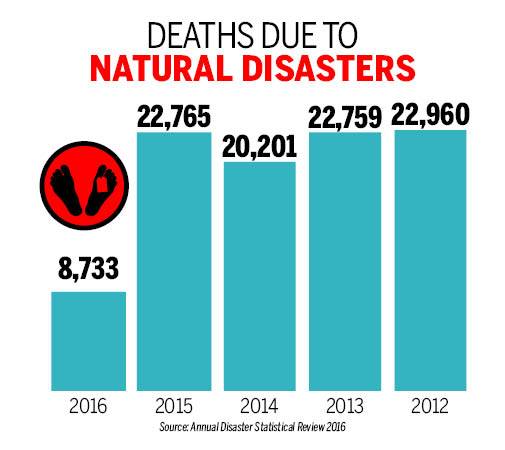 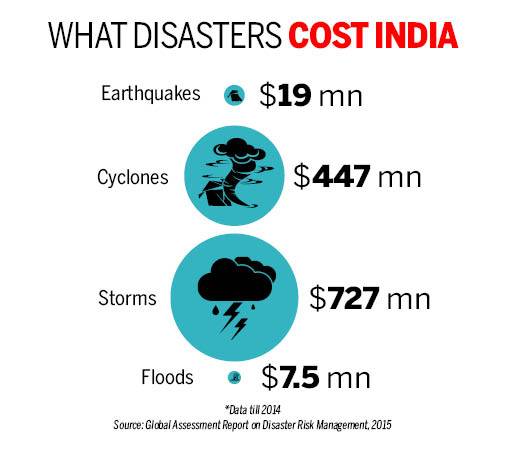 After the tsunami of 26 December, 2004, a warning system was installed by the then Union Government. The country was successful in predicting many natural disasters, including a few low-profile tsunamis.

Early warnings given to the Odisha government by the IMD before Cyclones Hudhud and Phailin had helped the state evacuate a large number of people from harm's way. Nearly four lakh people were evacuated in Odisha and Andhra Pradesh following an IMD forecast on 8 October, 2014.

The latest cyclone has brought to fore the debate around climate change and changing weather patterns in India yet again. The message is clear: states need to revamp their disaster warning mechanisms and put in place quick-response systems. The Met department also needs to be more people-friendly and learn to issue jargon-free advisories.