With unemployment rate of more than 23% in the first two months of FY21 only 4.19 lakh net jobs were created

Net employment creation in the formal sector stood at 3.18 lakh in May 2020, shows data released by the Employees' Provident Fund Organisation (EPFO). As per the updated data, 3.10 lakh jobs were created in the same month in 2019, while 3.88 lakh EPF subscribers were added in May 2018. 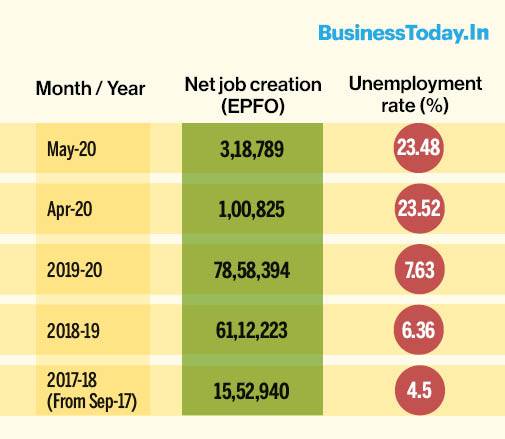 The states where most of these jobs were created are Maharashtra Gujarat, Karnataka, Tamil Nadu, Telangana and Haryana.

In the current financial year (FY21), job creation has taken a severe hit amid a global pandemic. As it's evident from the EPFO's payroll data, only 4,19,614 net jobs have been created. This too is subject to revision in further EPFO releases. On average, only 2.09 lakh jobs have been created every month, in the first two months of FY21. While in the previous fiscal, 6.54 lakh jobs were created on average. Implying a 68% drop in average job creation in the first two months of FY21 after coronavirus pandemic. 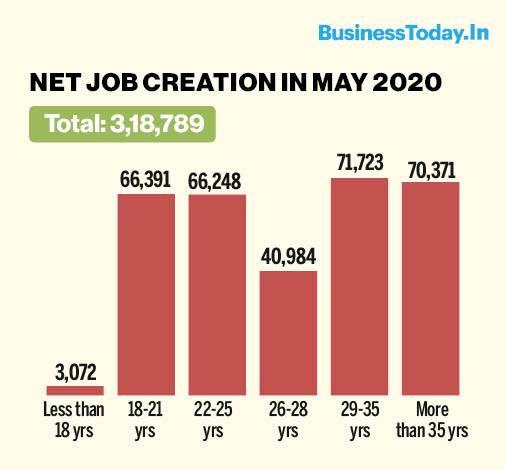 EPFO has been releasing the payroll data of new subscribers since April 2018, covering the period starting from September 2017. The data also showed that during September 2017 till May 2020, the number of net new subscribers was 1.59 crore. The estimates are net of the new members enrolled, members exited and rejoined during the month, as per records of EPFO.