Because of Dhanush's loyal fans in Kerala, Maari 2 has collected Rs 1.83 crore in its first weekend in Kerala alone 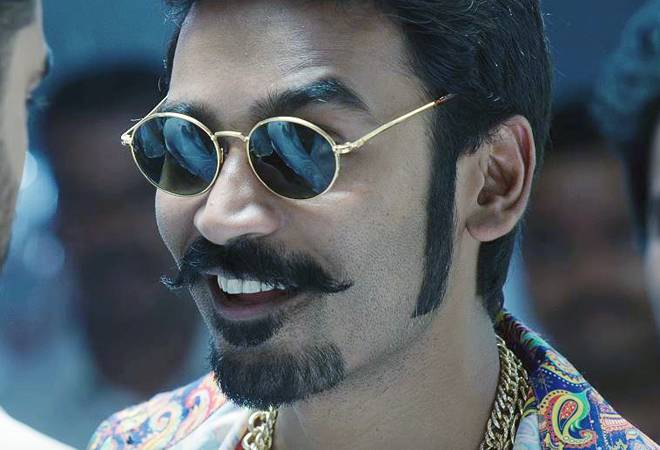 Dhanush's Maari 2 has done reasonably well at the box office despite tough competition from several big releases last week. As per reports, the audience occupancy for the film so far has been around 60-70 per cent. Maari 2 collected Rs 5 crore on its opening day. The movie raked in Rs 3 crore, Rs 6 crore and around Rs 3 crore on Saturday, Sunday and Monday, respectively. The film's total collection by Monday stood at Rs 17 crore.

The film is especially doing well in Tamil Nadu. Because of Dhanush's loyal fan following in Kerala, Maari 2 has been able to keep its pace at the Kerala box office. The movie has collected Rs 1.83 crore in its first weekend in the state. Its international box office numbers, especially in the US, Australia and Norway, are also good. As per trade expert Ramesh Bala, Maari 2 has earned Rs 28.32 lakh in the US, Rs 18.35 lakh in Australia and Rs 5.20 lakh in Norway.

Maari 2, a Kollywood action comedy movie, has been directed by Balaji Mohan, who is known for making realistic and simple movies. The first part of the film, Maari, was released in 2015.  Maari 2 stars Varalaxmi Sarathkumar, Krishna Kulasekaran and Tovino Thomas in the lead roles.

According to reports, the movie has also been leaked online, which has hurt its overall box office numbers. The film was released last Friday along with big releases like Yash's KGF: Chapter 1 and Shah Rukh Khan's Zero. It is also facing tough competition from Rajinikanth-Akshay Kumar's 2.0 and with Hollywood's Spider-Man and Aquaman.