In the wake of rising air pollution levels in the national capital, the SC asked the Centre about the immediate steps the latter took to handle the emergency situation.

Hearing a plea regarding the worsening air pollution in Delhi, the top court suggested the imposition of a two-day lockdown in the national capital.

The Supreme Court on Saturday rapped the Centre and Delhi government over high pollution levels in the national capital.

Hearing a plea regarding the worsening air pollution in Delhi, the top court suggested the imposition of a two-day lockdown in the national capital.

Meanwhile, Delhi Chief Minister Arvind Kejriwal has also called an emergency meeting over the deteriorating air quality in the capital on Saturday.

Meanwhile, the top court has posted the matter for hearing on November 15.

In the wake of rising air pollution levels in the national capital, the SC asked the Centre about the immediate steps the latter took to handle the emergency situation. 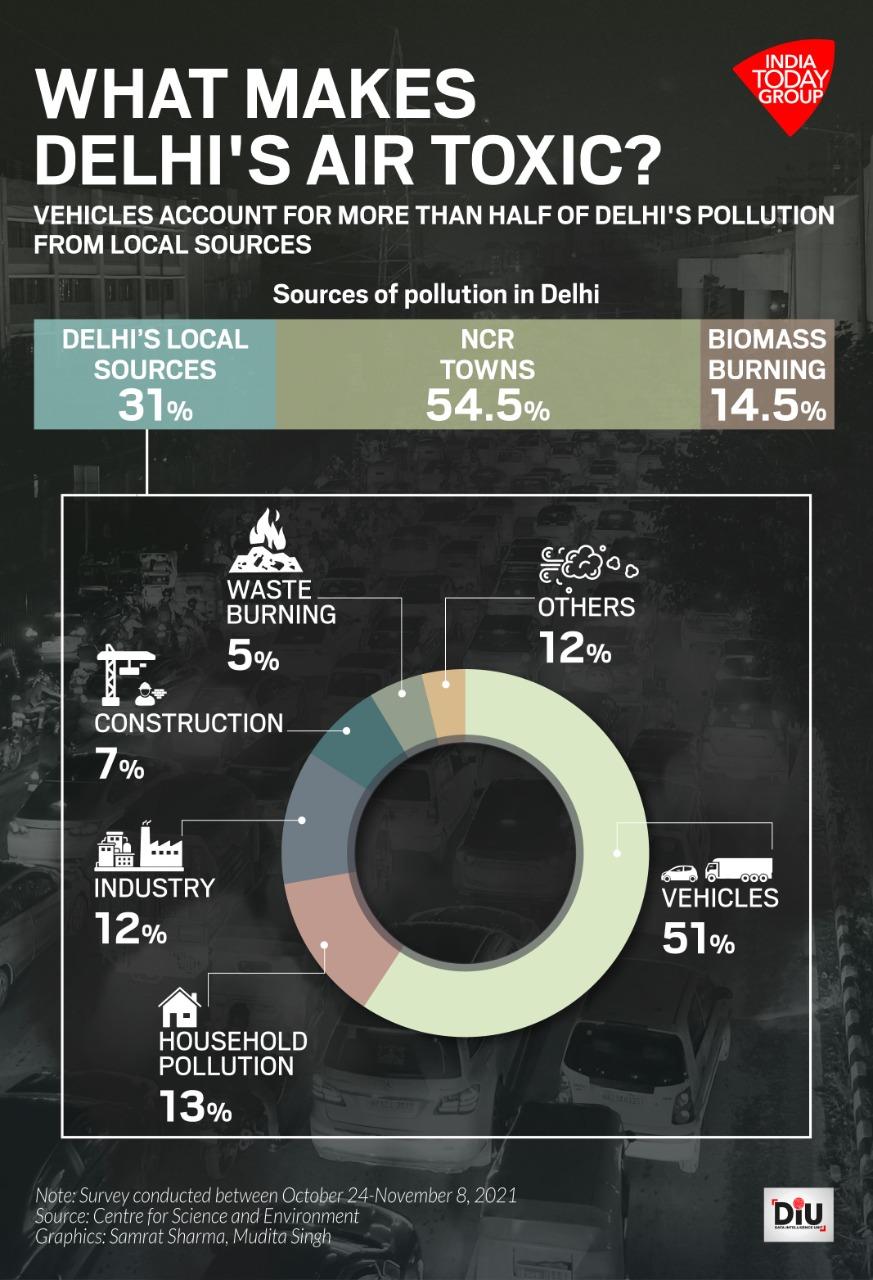 The Chief Justice of India (CJI)-led top court bench was hearing a plea filed by a 17-year-old Delhi student Aditya Dubey regarding the rising levels of air pollution in Delhi.

CJI NV Ramana noted that air pollution in the national capital was a "serious situation" so much so that "We are wearing masks even inside our homes." The SC had earlier instructed the Centre to take steps and ordered the Delhi government to file an affidavit in this respect.

The Ramana-led bench including Justices DY Chandrachud and Surya Kant said, "Tell us how we can reduce AQI from 500 at least by 200 points. Take some urgent measures. Can you think of two days lockdown or something? How can people live?"

The apex court said that air quality in Delhi is in the 'severe' category and in another two to three days it will dip further.

The court asked the Centre to take an emergency decision. "We will look at a long term solution later," the court added.

Solicitor General Tushar Mehta appearing for the Centre told the top court that in Saturday's meeting government will have to focus on the emergency situation of air pollution.

"Two lakh machines [have been made] available for decomposing the stubble for in situ crop stubble management. There are avenues that the statutory commission has opened for using up the stubble in biomass plants etc. There is complete prohibition on burning," Mehta said.

Targeting the Punjab government, he stated, "There's a spurt from Punjab in the last few days. State of Punjab needs to buckle up and do something."

To this, CJI Ramana said, "You're projecting as if farmers alone are responsible. But that is 40 per cent. Where are the steps to ensure Delhi people are controlled? What about firecrackers? Vehicle pollution?"

The Supreme Court also asked the Delhi government about what happened to its decision to install smog towers and emission control projects.

The top court told the Delhi government that it has opened all schools in the national capital and now children lungs are exposed to the pollutants.

"This is not the Centre's but your jurisdiction. What is happening on that front?" the apex court asked the Delhi government.