Saaho film leaked: Tamilrockers has released Saaho on its website within a few hours of its theatrical release on August 30 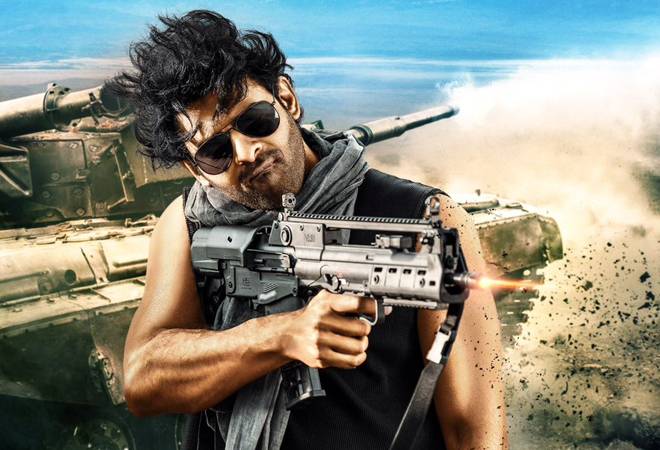 The print quality of Saaho reportedly suggests that the pirated copy might have been shot from a mobile phone or a handy camera.

South superstar Prabhas and actress Shraddha Kapoor's film Saaho, which is one of the most anticipated movie of 2019, has become the latest victim of privacy website Tamilrockers. The piracy website released Saaho within a few hours of its theatrical release on Friday, August 30. The entire film Saaho is leaked on Torrent websites.

The print quality of Saaho reportedly suggests that the pirated copy might have been shot from a mobile phone or a handy camera. Saaho, made on a budget of nearly Rs 350 crore, will suffer a loss after the Tamilrockers release.

This is not the first time the pirating site has leaked big-budget movies online. The infamous website had leaked mega blockbuster Avengers: Endgame, two days before its release date for free.  Several other movies like Gully Boy, Simmba,  Manikarnika, Badhaai Ho, Thugs Of Hindostan, Zero, were  also leaked online  illegally by Tamilrockers after their releases.  Tamilrockers also leaked the much-hyped Netflix original Sacred Games 2 as well on its platform.

The Hindi film industry has been trying hard to stop piracy over the past several years. In February this year, members of the Film Federation of India (FFI) had asked that more government attention should be paid to issues related to film's piracy as it is a major concern for the Indian film industries at large. Despite action by law enforcement agencies and  Madras High Court's intervention , Tamilrockers operates with impunity.

According to film analyst, Saaho is likely to earn around Rs 70 crore on its first day. If the film does collect this much, Saaho will break the opening day records of Avengers: Endgame (Rs 53 crore) and Thugs of Hindostan (Rs 52.25 crore).

Saaho, which is directed and written by Sujeeth and produced by UV Creations and T-Series marks Prabhas' debut in Hindi films. Saaho has been shot simultaneously in Hindi, Telugu and Tamil with IMAX cameras.