A 139-year-old Victorian mansion in San Francisco was moved to a new address six blocks away for a whopping price of Rs 2.9 crore 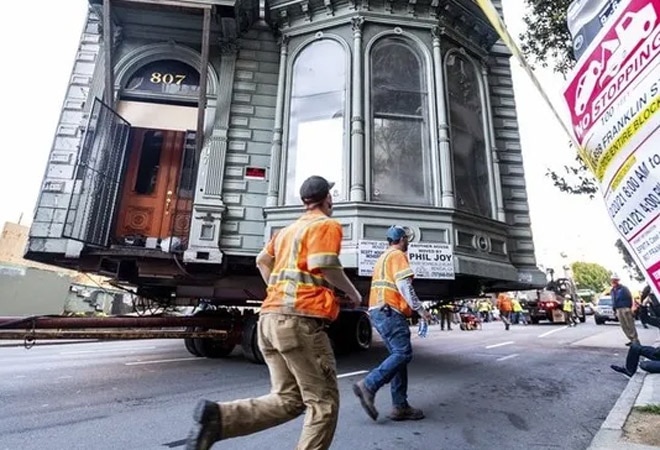 A 139-year-old Victorian mansion in San Francisco was moved to a new address six blocks away for a whopping price of Rs 2.9 crore.

The six-bedroom house was moved by professionals who loaded the huge structure onto giant dollies. The house was moved at the speed of 1 mph, while onlookers assembled at the streets to witness the spectacular sight.

The two-storeyed olive toned house has a brown door and large windows.

San Francisco Chronicle reported that the shifting of the house was in the planning stages for many years.

Phil Joy, a veteran house mover, said he had to secure permits from more than 15 city agencies before finally moving the structure to its new address.

Even after the security permits, moving the house wasn't a cake walk as a lot of changes had to be made along the route to successfully relocate it. This included ripping up parking meters along the route, trimming tree climbs and relocating traffic signals.

However, in the end all turned out well and the house was successfully moved to its new address.

Also read: 'What it means to be truly powerful': Anand Mahindra's Monday motivation is a 91-year-old teacher