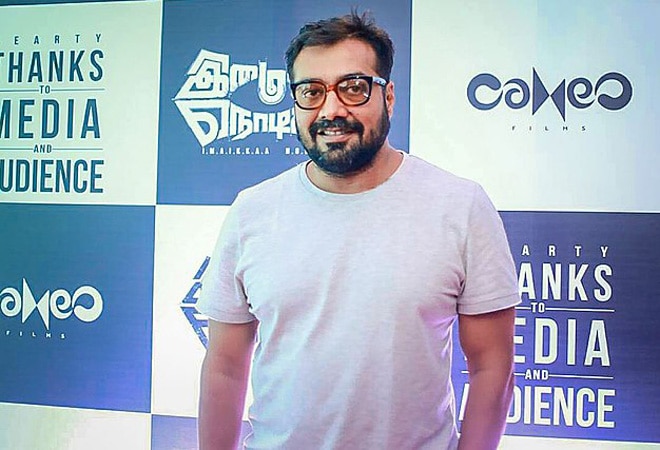 Filmmaker Anurag Kashyap's lawyer Priyanka Khimani has released a statement on his behalf over allegations of sexual misconduct. Priyanka Khimani said that her client is deeply pained due to the false allegations and that a movement as important as me too has been co-opted for vested interests.

And here is the statement from my lawyer @PriyankaKhimani .. on my behalf .. thank You pic.twitter.com/0eXwNnK5ZI

The statement further read, "It is sad that a social movement as important as the #metoo movement has been co-opted by vested interests and reduced to a mere tool for character assassination. Fictitious allegations of this nature seriously undermine the movement and seek to unconscionably trade upon the pain and trauma of actual victims of sexual harassment and abuse. My client has been fully advised of his rights and remedies in law and intends to pursue them to the fullest extent."

Queen actress Kangana Ranaut has voiced her support for Payal Ghosh and made some startling allegations on the Dev D filmmaker. Ranaut tweeted, "As far as I know Anurag self admittedly has never been monogamous even he was married to various people, what Anurag did to Payal is a common practice in Bullywood, treating struggling outsider girls like sex workers comes naturally to them.#AnuragKashyap #Payal Ghosh"

Anurag is very much capable of doing what #PayalGhosh suggesting, he cheated on all his partners, self admittedly has never been monogamous.Phantomwas full of womanisers many #MeToo accused, I supported those victims before also and librals started smear campaigns against me.

Bullywood is full of sexual predators who have fake and dummy marriages they expect a new hot young girl to make them happy everyday, they do the same to young vulnerable men also,I have settled my scores my way I don’t need #MeToo but most girls do #PayalGhosh#AnuragKashyap

Actress Payal Ghosh, who made her Bollywood debut with Patel ki Punjabi Shaadi, accused Kashyap of sexual misconduct. Ghosh tweeted, "@anuragkashyap72 has forced himself on me and extremely badly. @PMOIndia @narendramodi ji, kindly take action and let the country see the demon behind this creative guy. I am aware that it can harm me and my security is at risk. Pls help!" In a conversation with India Today, Ghosh said that this incident took place when Kashyap was shooting for Bombay Velvet in 2014.

Meanwhile, B-town celebs like Taapsee Pannu, Hansal Mehta, Anubhav Sinha and Tisca Chopra have shown their unconditional support and even hailed him as a feminist.