Delhi NCR Weather Update: The wait is finally over as Monsoon arrives in Delhi

Delhi NCR Weather Update: Monsoon has arrived almost a week late by its normal onset date of June 29, according to the forecasts of Skymet meteorologists.  On Friday, Delhi weather was dipped as rain showers brought the temperature down. 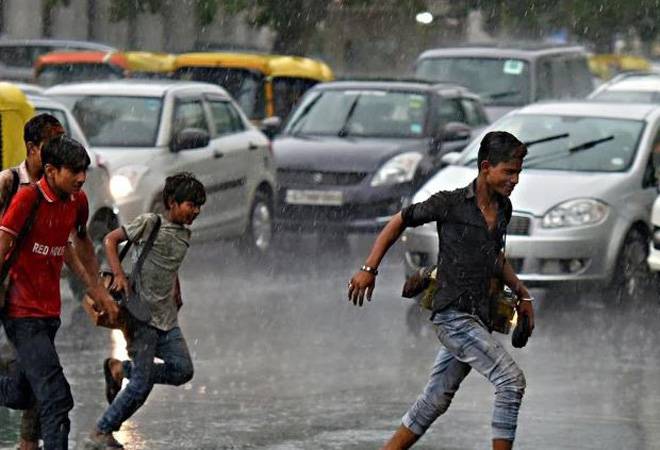 Delhi NCR Weather Update: It may be noted that Delhi rains first made its spell on July 4 which is likely to continue for the next 24 hours

Mercury levels in Delhi dipped on Friday as rain showers brought some respite from the scorching heat in the capital.  Monsoon arrived almost a week late in Delhi-NCR in comparison to its normal onset date of June 29, according to the forecasts by Skymet meteorologists.  The southwest monsoon advanced into some parts of Rajasthan, remaining parts of Uttar Pradesh, Jammu and Kashmir, Himachal Pradesh, Uttarakhand, parts of Punjab, Haryana and the entire area of Delhi.

In the past 24 hours, the Delhi-NCR region witnessed light to moderate rainfall along with thunderstorms in some areas. According to reports, 17.4 mm of precipitation was recorded in Aya Nagar,  6.4 mm in Palam, and 1.4 mm in Safdarjung areas of Delhi. On the other hand, Faridabad and Gurugram recorded heavy rains, measuring up to 82 mm.

The first spell of rain in Delhi happened on July 4 and rainfall is likely to happen in the next 24 hours, as per reports. The city suffered a prolonged dry spell before the arrival of monsoon when temperatures during the day exceeded normal levels.

On Thursday, the temperature in Palam was recorded at 36 degrees Celsius in the afternoon, which later dropped down to 27 degrees Celsius after rain showers in Delhi-NCR region.

Temperatures in Delhi are expected to remain low with cloud covers and rain showers across the capital city. Light to moderate rain with gusty winds might be seen in Faridabad, Gurugram, Jhajjar, Rohtak, Sonipat, Delhi, and Gautam Buddha Nagar during the next 6-8 hours.

Also read: Delhiites woke up to humidity; monsoon expected in the next 24 hrs

Also read: Light to moderate rain, thundershowers at some places in UP