In the video which has gone viral, two men could be seen kicking tables and chairs at the restaurant and the staff whisking them out 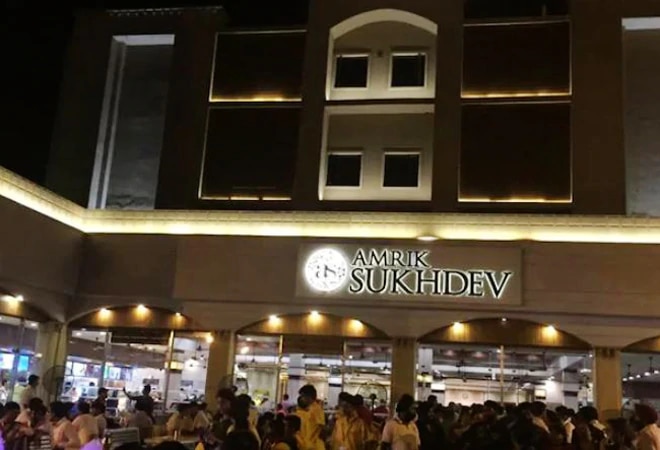 Recently, a video from Amrik Sukhdev Dhaba in Murthal, Haryana went viral, where some young men, in an inebriated condition, can be seen getting into a brawl with the dhaba staff. Apparently, the fight broke out when the youth were asked to pay the food bill.

In the video which has gone viral, two men could be seen kicking tables and chairs at the restaurant and the staff whisking them out. The miscreants could also be seen assaulting a man believed to be a member of the staff.

A restaurant staff said that at least five customers reached the dhaba at 5 pm yesterday. All of them were highly intoxicated and were unable to walk properly. They started misbehaving and hurling abuses at the staff as soon as they came in.

However, the staff managed them and served the food. But after having the meal, they started tp walk out without paying what they owned to the restaurant. When asked to settle the bill, a man started misbeshaving with the waiter and the scuffle started. The staff said that the police have been informed about the incident. However, the police said no such complaint has been received by them.

"The video has come to our knowledge. So far, we haven't got any complaints either from the dhaba staff or from the people. If we receive the complaint, we will definitely act on that. We have increased patrols around the restaurant. We also question suspects and verify their details," said Inspector Rajesh.