Wolf suggested Indian government should make 'very large guarantees' to firms as they don't have capacity to continue operations during the lockdown. The Indian government has imposed two lockdowns - Phase 1, from March 25 to April 14; and Phase 2, from April 14 to May 3 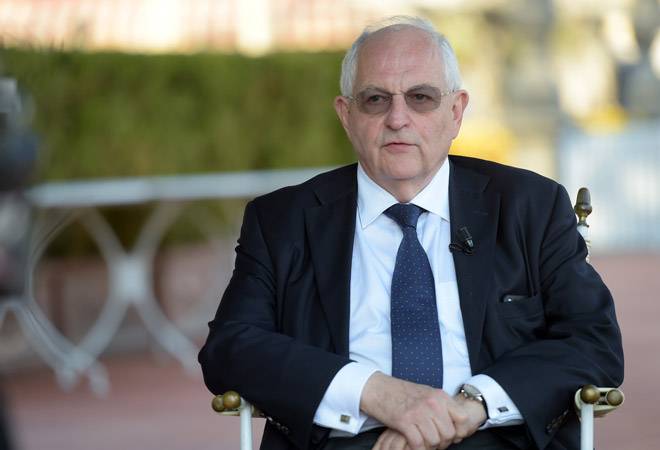 With the novel coronavirus pandemic taking the entire world hostage in less than four months and the global economy suffering the consequences due to the lockdown, noted expert on world economics Martin Wolf said that the governments must support citizens so that they don't venture out looking for help. Speaking at India Today's E-Conclave Corona series, Chief Economics Editor of the Financial Times shared some important tips on how India can protect its companies from coronavirus outbreak.

Martin Wolf suggested that the Indian government should make 'very large guarantees' to firms as they do not have the capacity to continue operations during the lockdown. The Indian government has imposed two lockdowns - Phase 1, from March 25 to April 14; and Phase 2, from April 14 to May 3.

Martin Wolf, while addressing the great economic crisis that companies across the globe are facing, said that governments must protect businesses. He said, "At the end of this, there will be some businesses that will be completely devastated and the government will have to look at those industries and see what sort of bailouts are appropriate."

Interestingly, India was not the first to put an entire nation under lockdown. China, Singapore, France, South Korea, Germany and the UK also implemented total confinement to stop the virus from spreading.

When asked about what measures India can consider under a lockdown of minimum 40 days, Wolf responded that India's focus should be on the maximum utilisation of its healthcare resources. "First, you have to use all medical resources you have and can create to deal with the medical side of the crisis. We know India has a relatively limited healthcare system so this is going to be quite a challenge," he said.

Wolf added, "Then, you have to protect people who are dramatically affected by the crisis. In the developed countries, we have rightly put in place systems to protect people's salaries. This is aimed at people's welfare. That's what you have to do but this is an enormously expensive process." Such measures will also escalate the fiscal deficit. "Public debt will rise. I think India needs to run a large fiscal deficit," he said.

Here are some important pointers from the expert on surviving shutdown:

How is the current crisis compared to previous ones?

What economic measures should we take?

On need to overhaul capitalism

On threat to globalisation

On global and Indian economic recovery

On trends for the future