80-year-old Ganpat Naik complained of high blood pressure after receiving an electricity bill of nearly Rs 80 crore. However, later, it was revealed that the amount mentioned in the bill was a result of a clerical error 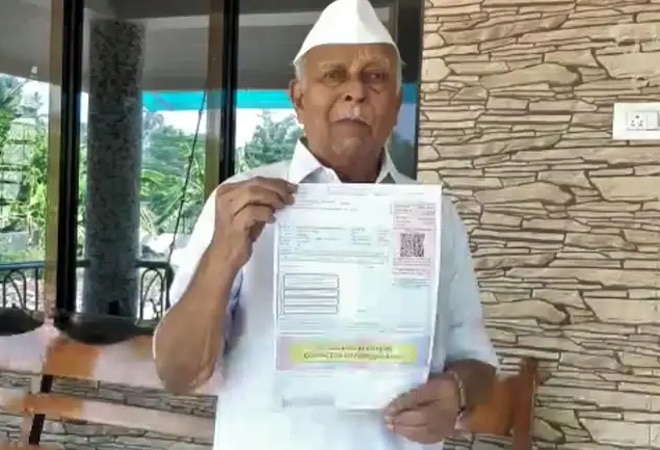 An octogenarian had to be rushed to a hospital as he complained of high blood pressure after receiving an electricity bill of nearly Rs 80 crore in Maharashtra's Nalasopara town.

On Monday, Ganpat Naik, 80, who runs a rice-mill in Nirmal village was left stunned when he received a power bill of Rs 80 crore. However, later, it was revealed that the amount mentioned in the bill was a result of a clerical error.

Maharashtra State Electricity Distribution Company Limited (MSEDCL) clarified that the error was on part of the agency that takes meter reading. MSEDCl said the bill was corrected soon.

Naik's grandson, Niraj, said they were working when they got the electricity bill and were "shocked" to see it.

Niraj said the family initially thought that they'd received the entire district's bill. "We rechecked and it was only our bill. We got scared because the electricity board has started recovering dues and arrears from everyone for the lockdown period," he added.

As the news of the Rs 80 crore power bill spread through the entire district, authorities swung in action and the bill was corrected.

"The agency had made a bill of nine digits instead of six digits. While we were rerunning the bill and making corrections, the agency went on and issued the bill to Naik. We have studied their electricity meter and given them a fresh bill of six digits. They are satisfied now," said Surendra Monere, an electricity board official.