Eluru 'mystery illness' : One dead, over 300 affected within two days

When tested for the ongoing COVID-19 pandemic, all patients came out negative. 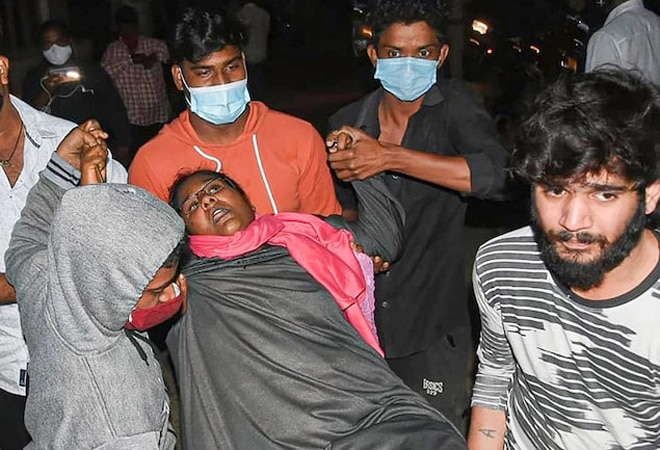 Over the last couple days, a mysterious illness in Eluru in Andhra Pradesh (AP) has led to the hospitalisation of people in high numbers.

As of Monday, there has been one fatality out of the 315 people admitted to the Government General Hospital (GGH), which includes several women and children.On Saturday, the number of patients in the hospital was 55, which shot to 170 by Sunday morning. By Sunday night, the number rose to 315 in-patients, increasing by more than five times in 24 hours.

Reports also said that about 50 more were undergoing treatment in various private hospitals.Doctors themselves were left baffled while diagnosing the ailment given that no patients were either related nor did they attend a common gathering. According to them, the patients complained of dizziness, headaches and symptoms resembling epilepsy.

"Patients are complaining of giddiness and headache. The recovery rate is good and there is no need for panic," said District Medical and Health Officer (DM&HO) Dr. Sunanda, feeling optimistic about controlling the situation.

Deputy Chief Minister and Health Minister Alla Nani had informed that Chief Minister Y.S. Jagan Mohan Reddy had enquired about the situation. Nani mentioned the steps being taken by the AP government to assess the situation while also bringing it under control; house-to-house surveys were being taken up and camps were arranged on the streets.There was no dearth of help on ground as medical teams from various hospitals; staff of ward secretariats; as well as police officials and officials from the revenue departments had visited the colonies to attend to the patients in the street-camps.

Alla Nani also informed that seven patients with worsening conditions were rushed to Vijayawada for better treatment, post which they had recovered.

When tested for the ongoing COVID-19 pandemic, all patients came out negative. "Water, food and blood samples have been sent to the Forensic Science Laboratory (FSL). The reports are awaited. CT scan and X-ray reports of the parents are normal. COVID-19 tests were conducted for all the patients and the results were negative," doctors said.

Joint Collector Himanshu Shukla had also informed about the setting up of call centres at the Eluru municipal office. Residents could ring the following numbers - 9154565529 and 9154592617 - in case of an emergency. "GGH superintendent A.V.R. Mohan and district coordinator of hospital services Dr. Mohan Rao are monitoring the situation round the clock," said Mr. Shukla.