The farmer unions' representatives called for new prerequisites for the next round of talks, demanding participation and involvement at the "highest political level." 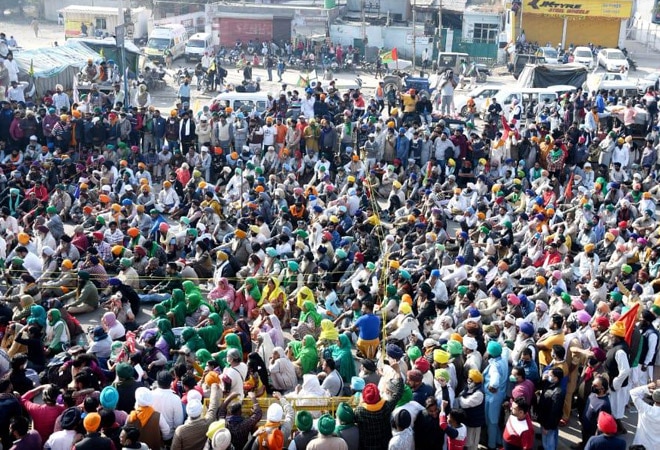 Leaders of the farmers' unions on Sunday set a fresh set of terms pertaining to the talks with the Union government, asking the Centre to authorise a Cabinet committee or finalise upon a group of ministers for future discussions, the All India Kisan Sangharsh Coordination Committee (AIKSCC) said. The unions also rejected the offer to relocate themselves to a government-designated area in Burari, Delhi.

About 30 leaders of the organisations had met on Sunday to attempt a unanimous consensus on Amit Shah's offer to prepone the next round of talks scheduled for December 3. Home Secretary Ajay Bhalla had written a letter addressed to Darshan Pal Singh, the Punjab chief of the Krantikari Kisan Union, along with 31 other organisations on November 28 to extend Shah's offer to expedite the meeting.

In fact, in the reply to Bhalla's letter, the farmers unions' representatives called for new prerequisites for the next round of talks, demanding participation and involvement at the "highest political level."

"The Prime Minister takes all decisions in the country. Although Union ministers have participated in the last round of talks, we are not sure if they are empowered to take any decisions. We want a Cabinet committee or a ministers' group duly authorised or notified by the highest political level for further discussions," said Avik Saha, the AIKSCC's national secretary.

The current stand taken by the farmers could, in fact, delay the next round of talks with the government. "The AIKSCC has demanded that the government should stop dealing with the issue from the prism of intelligence agencies and home ministry. The government got these statutes rammed through Parliament and farmers expect a response that is political, from the highest levels of the government. Its attempt to invoke the Home Ministry only acts as a threat to farmers, rather than arouse confidence in its sincerity," the AIKCC said in a statement.

Rejecting the offer by Shah to relocate to Burari, the protestors wish to protest at the Jantar Mantar in Central Delhi, which is situated nearly 20 kms away from the location offered.

Farmers in lakhs have taken to the streets and have been demonstrating in and around the Capital against the three new farm laws, which they fear will reduce their security, bargaining power, as well as overall earnings. The protestors, who have met with retalliations with tear gas, water cannons and baton charges on their way to the national capital, remain adamant to not return to their homes until their demands are met.

Sunday marks the fourth day since farmers from the neighbouring states of  Punjab, Haryana, among others commenced their destination to Delhi for their "Dilli chalo" (march to Delhi) campaign.