Forbes most powerful women list: Other Indian women who made it to the list are Roshni Nadar Malhotra, who has been placed on the 54th spot and Kiran Mazumdar Shaw at 65th spot 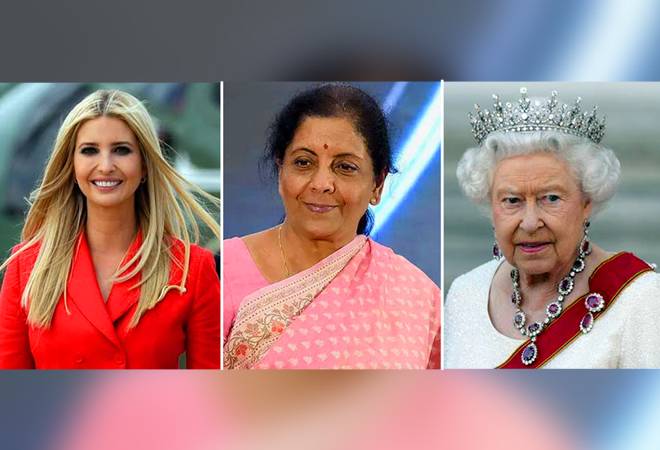 Finance Minister Nirmala Sitharaman has been ranked as the 34th most powerful woman in the world on Forbes's 'The World's 100 Most Powerful Women' list. It must be noted that the Finance Minister has been ranked ahead of Queen Elizabeth II who is on the 40th spot and US President Donald Trump's daughter and advisor Ivanka Trump, who is on the 42nd spot.

Nirmala Sitharaman has also been placed ahead of Jacinda Ardern, New Zealand's Prime Minister. The ranking of the finance minister ahead of some of the most noteworthy leaders and personalities in the world is a nod to India's rising power globally.

But, steering the economy of a country the size of India could be a daunting task. FM Sitharaman has been at the receiving end of severe criticism over the economic slowdown and declining GDP growth. Rising inflation is also gradually turning into a cause of concern in the country.

Amid such backlash, FM Sitharaman recently courted controversy over her 'onion' comment. During a debate on rising onion prices, a parliamentarian asked the minister if the onion price hike does not worry her. In her response, FM Sitharaman said, "I don't eat a lot of onions and garlic, so don't worry. I come from a family that doesn't care much for onions." Her comment attracted her lot of criticism from people who dubbed her reply as the minister's Marie Antoinette moment. A section of the social media also criticised her comment for being casteist.

Other Indian women who made it to the list are Roshni Nadar Malhotra, who has been placed on the 54th spot and Kiran Mazumdar Shaw at 65th spot. Rihanna at 61st spot, Beyonce Knowles at 66th spot, Taylor Swift at 71st spot, Serena Williams at 81st and Reese Witherspoon at 90th spot and Greta Thunberg at 100th spot have all been ranked below FM Sitharaman.