For the second 'Boxing Day Test' at the MCG, fans and experts alike have called for a replacement for Shaw, with batsmen like KL Rahul and Shubman Gill waiting for their turns 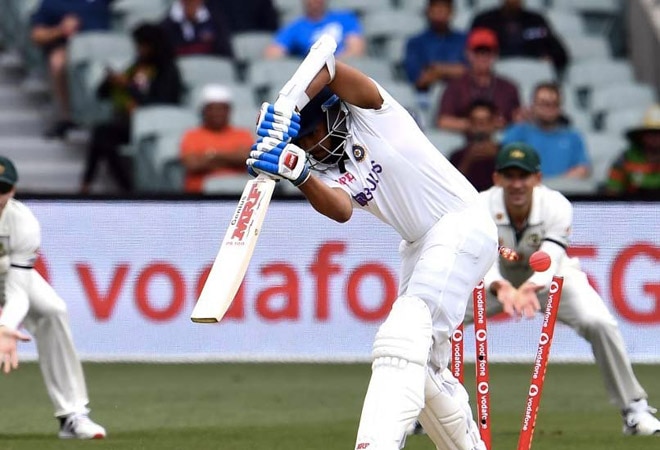 After the abysmal performance by the Indian batsmen in the second-innings of the 1st Test Match against Australia, many deliberations regarding batting positions are being held. Most importantly, the Indian team will be missing the services of skipper Virat Kohli, who has returned to India for paternity leave. Prithvi Shaw in particular, has been at the receiving end of a lot of flak, owing to a meagre 4 runs he managed in the two innings he played. What irked Indian fans, and experts to an extent was the manner in which Shaw had got out, which had been eerily similar in both innings.

With head coach Ravi Shastri touting Shaw to be a mixture of three legends of the game - Sachin Tendulkar, Virender Sehwag, and Brian Lara, the discrepancy between his performances and what is expected of him keeps increasing. Shaw, 21, had been struggling in this year's edition of the Indian Premier League (IPL) as well, carrying his slip in form to the Adelaide test as well

Sachin Tendulkar, hailing from the same state of Maharashtra as Shaw, attempted to break down the flaws in the latter's technique. "Prithvi is a talented player but at this point of time I feel his hands are moving away from his body. So, whenever the ball comes back sharply off the seam there is a possibility that, considering how he has got out, bowlers would continue to hope that they have some chance there. His hands need to be closer to his body," said Tendulkar. Speaking to IANS, he also emphasised on how Shaw might be going overboard with his backlift, which is "going from almost fourth slip to gully before coming down -- it's making a full arc, instead of moving back and forth like a pendulum. If the bat comes a fraction late then the ball will find the gap between the bat and pad," added the former batsman.

This resulted in Prithvi Shaw hitting the ball slightly later. "I'd say if he starts preparing a little early to play the ball that can also help. Both innings his front foot hadn't landed when the ball passed him and that can happen to batters when they have too many things going on in their heads or they are expecting a short delivery," he further pointed out.

Former cricketers Shane Warne and Sunil Gavaskar too, were prompt to notice the said flaws, while Shaw's Delhi Capitals coach Ricky Ponting accurately predicted the fall of the youngster's wicket in the first inning of the Adelaide test.

For the second 'Boxing Day Test' at the MCG, fans and experts alike have called for a replacement for Shaw, with batsmen like KL Rahul and Shubman Gill waiting for their turns. While India witnessed its lowest collective team total in Adelaide, being dismissed for a paltry score of 36 with no batsman acquiring double figures, the touring team aims to turn its fortunes around in the second test starting December 26. India will be led by Ajinkya Rahane in the absence of Virat Kohli, while pacer Mohammed Shami will also miss out on the next match owing to an injury.