Hindustan Unilever's new ad for Brooke Bond Red Label that shows a son trying to abandon his elderly father in the Kumbh Mela has received flak from netizens. 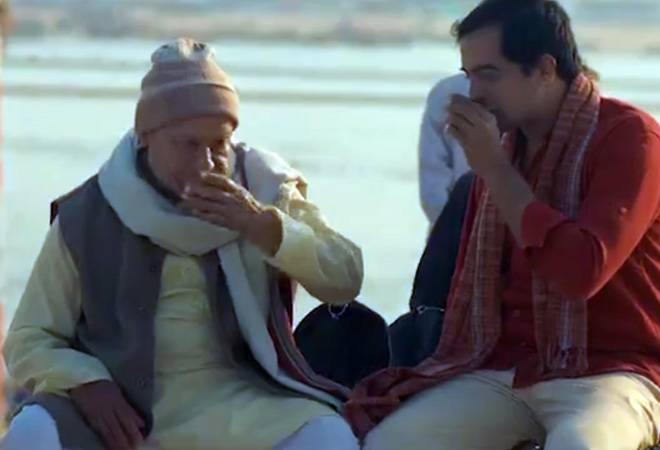 Conglomerate Hindustan Unilever is facing backlash for referring to the Kumbh Mela as a "place where old people get abandoned". HUL in a tweet that has since been deleted, shared the new advertisement for tea brand Brooke Bond Red Label and said, "Kumbh Mela is a place where old people get abandoned, isn't it sad that we do not care for our elders? Red Label encourages us to hold the hands of those who made us who we are," and asked viewers to watch the video which is "an eye opener to a harsh reality".

The tweet was taken down around 20 hours after it was posted as the company faced a lot of flak for the post. In the video shared by the company, a father and son can be seen making way through a crowd of devotees. The son is visibly trying to lose his father in the crowd but has a change of heart when he sees a younger father-son duo trying to not lose each other. He then goes back to the father who is sitting at a tea stall and had ordered two cups of chai as he had faith that his son would find him.

At the end of the video there is the following text: Kumbh Mela is the largest gathering in the world. At the holy gathering, many elderly are abandoned by their families. This Kumbh, let's hold the hands of those who made us who we are. 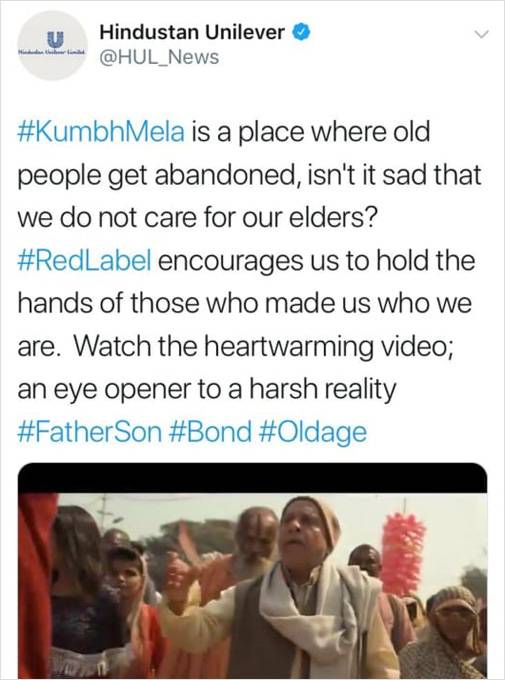 After HUL removed the tweet, they posted a new tweet saying, "Red Label encourages us to hold the hands of those who made us who we are." The text at the end of the video, however, still remains.

.@RedLabelChai encourages us to hold the hands of those who made us who we are. Watch the heart-warming video #ApnoKoApnaopic.twitter.com/P3mZCsltmt

Twitterati did not only take offence to the fact that HUL called Kumbh Mela a place where people go to abandon their elders, they also thought that abandoning elders is antithetical to what Indian culture really is all about. Baba Ramdev even said that their only agenda is to portray the country as economically and ideologically poor.

From East India Co to @HUL_News that's their true character. Their only agenda is to make the country poor economically & ideologically. Why shld we not boycott them? For them everything, every emotion is just a commodity. For us parents are next to Gods #BoycottHindustanUnileverhttps://t.co/suozbymLBI

Lot of people on Twitter has also called the company Hinduphobic for its new ad.