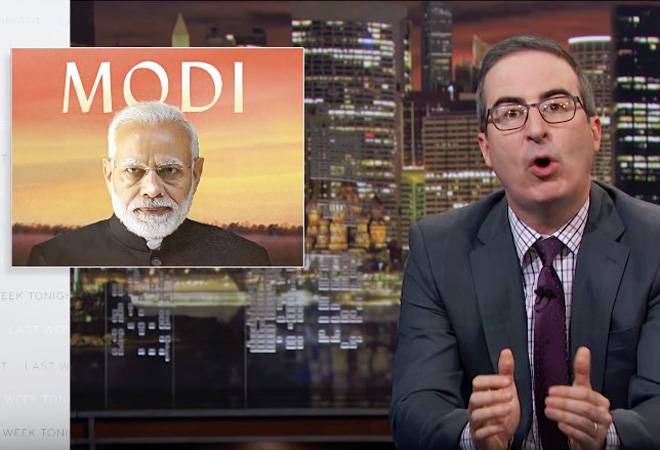 Hotstar has blocked the latest episode of 'Last Week Tonight with John Oliver' which was critical of Indian Prime Minister Narendra Modi. The show is aired in the US on Sundays and is typically available in India on Hotstar on Tuesdays at 6 am. But, the episode that aired just before Trump's visit to India isn't available on the platform.

Hotstar has not made any official comment yet on the matter.

The episode is available on the official YouTube channel of Last Week Tonight with John Oliver, and has garnered over 5 million views.

"If citizens in the world's largest democracy, home to a billion people, are either wearing masks of Modi or marching in the streets, it seems like tonight it might be worth exploring why that is, where things might be heading, and why calling Modi the 'father of India' is stupid at best and dangerous at worst," Oliver says in the show.

This isn't the first instance of censorship on Hotstar. In November 2019, Hotstar had cut out parts of one of the episodes of the same show as it made jokes on Disney, which is also the parent company of Hotstar.