After winning the IPL match against Rajasthan Royals, de Villiers spent some time with Virat Kohli and Anushka Sharma and also clicked their picture 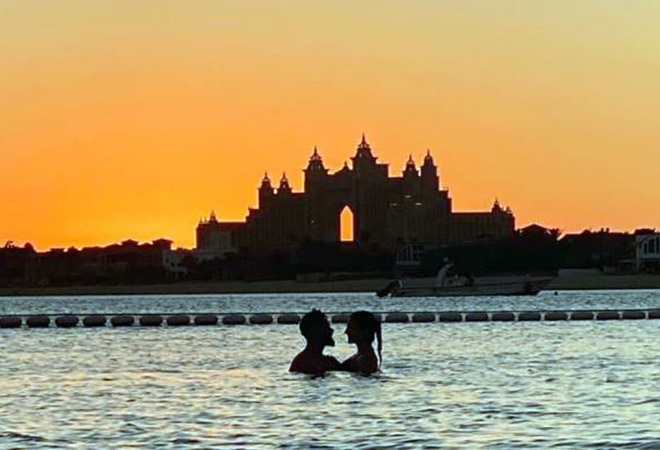 After winning the IPL match against Rajasthan Royals, de Villiers spent some time with Virat Kohli and Anushka Sharma and also clicked their picture. Kohli shared the picture captured with a silhouette with heart and sunrise emojis on Instagram and gave AB de Villiers the credit.

Another image of Anushka Sharma which is doing the rounds on social media currently is the one with Yuzvendra Chahal's fiance, Dhanashree Verma. Verma shared a photo of Anushka caressing her baby bump after RCB won the Saturday match against Rajasthan Royals. In this picture, Anushka can be seen donning an orange dress. Dhanashree wrote, "Happy people. Sharing some happy moments from my first match. Congratulations to the team @royalchallengersbangalore."

Virat and Anushka are expecting their first child together in January 2021. The actress broke this news on her social media handles with a picture of her wearing a polka dot dress and Virat standing behind her in a white T-shirt. Sharma tweeted, "And then, we were three! Arriving January 2020."

Virat and Anushka got married on December 11, 2017 in a private ceremony in Tuscany.

Also read: 'Distasteful! When will I stop getting dragged into cricket': Anushka Sharma hits out at Sunil Gavaskar

Also read: 'And then we were three!': Anushka Sharma-Virat Kohli expecting their first child