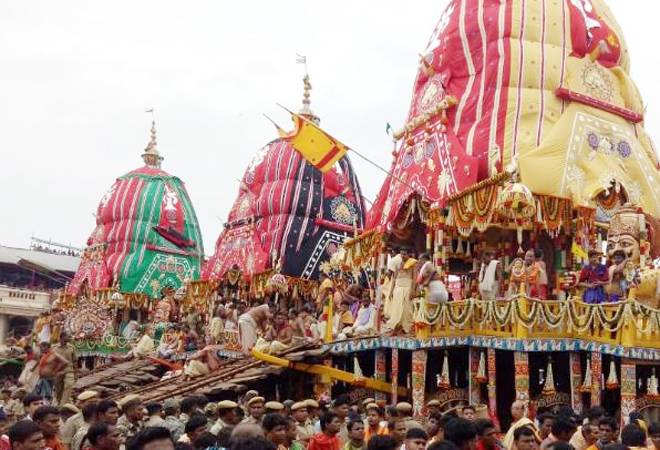 Prime Minister Narendra Modi today took to Twitter and wished the people on the special occasion of the Jagannath Rath Yatra 2019 as devotees in the state of Gujarat, Odisha and other parts of the country took out massive processions.

"Best wishes to everyone on the special occasion of the Rath Yatra. We pray to Lord Jagannath and seek his blessings for the good health, happiness and prosperity of everyone. Jai Jagannath," Prime Minister Narendra Modi tweeted.

Best wishes to everyone on the special occasion of the Rath Yatra.

We pray to Lord Jagannath and seek his blessings for the good health, happiness and prosperity of everyone.

In the tweet, The Prime Minister shared two pictures from his participation in the previous Jagannath Rath Yatra. In one of the pictures, the prime minister is seen donning purple attire praying amid a large group of people.

Shah was accompanied by his wife Sonal Shah and was seen in a white shirt along with a yellow overcoat. It must be noted that this was his first visit to the state after taking charge as the Home Minister.

The procession will return to the temple at around 8:30 pm after passing through the Old City. A multi-layered security cordon involving 25,000 personnel from different police units and paramilitary forces has been put in place. CCTVs and drone cameras have also been installed for keeping a close watch on the Yatra.

Meanwhile, in Odisha's Puri, thousands of devotees are participating in the Rath Yatra and all roads leading to the coastal town have been barricaded.

Odisha: Celebrations begin at Jagannath temple in Puri ahead of #JagannathRathYatra. Large number of devotees have gathered in Puri to witness the yatra. pic.twitter.com/AHVMaodOZA