Exactly a year ago on this day, March 22,  Prime Minister Narendra Modi announced Janata Curfew when he urged people to stay indoors between 7 am to 9 am to break the chain of the coronavirus infection 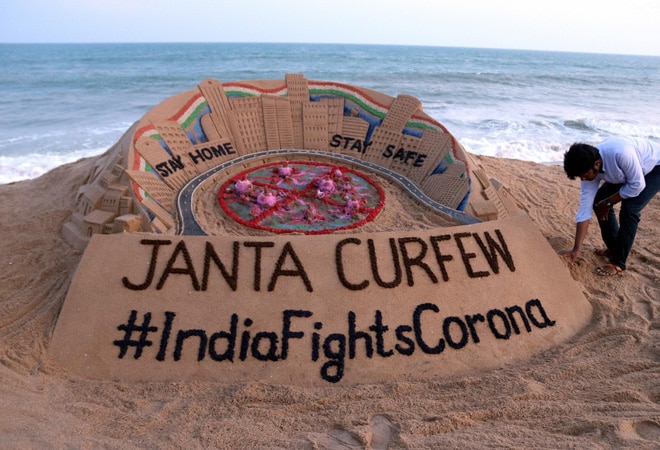 Several netizens on Monday marked the first anniversary of Janata Curfew recollecting the tough times in the wake of lockdown due to coronavirus pandemic.

Exactly a year ago on this day, March 22,  Prime Minister Narendra Modi announced Janata Curfew when he urged people to stay indoors between 7 am to 9 am to break the chain of the coronavirus infection.

While some social media users shared anecdotes about the changes in their school and work life, others shared witty memes on banging of steel plates and the ringing of bells which the prime minister had announced as a gesture to pay gratitude to healthline and frontline workers.

Me and my Bois screaming during #JanataCurfew on the balcony---#JanataCurfewpic.twitter.com/xjSS1Fg1LJ

March 22’ 2020....,
One year ago, on this day, a step was taken to fight against COVID-19 followed by massive Lockdown 🔒 and the war is still on.
.
.
.#SarkaruVaariPaata@urstrulyMahesh#JanataCurfew#GoCoronaGopic.twitter.com/IkZqt49apc

Soon after the Janta Curfew, the PM on March 23, announced a 21- day lockdown where all the shops, industries, malls, hotels, schools, cinema halls, everything was shut, including the Indian Railways and airports.

The lockdown continued until June-start as the COVID-19 cases continued to climb up, resulting in the biggest national health emergency ever in the history of independent India.

The prolonged lockdown not just impacted individuals and families, but also battered the economy severely. As the GDP slipped by a sharp 23.9 per cent in the June quarter, the government decided to unlock the economy to take India out of recession.

Gradually, the economy began to rebound, and simultaneously the coronavirus cases also dwindled. And by January, two 'Made in India' vaccines were launched, raising hope that the pandemic will end.

However, after a period of lull in January and February 2021, coronavirus infections again surged despite the arrival of vaccines. In March this year, several Indian states have imposed a lockdown and curfews as a preventive measure against the COVID-19 pandemic. India on Monday recorded 46,951 new COVID-19 infections, taking the nationwide caseload to 1,16,46,081, according to the Union Health Ministry data. The total active caseload has increased to 3,34,646, which now comprises 2.87 per cent of the total infections. The recovery rate has further dropped to 95.75 per cent, as of March 22.