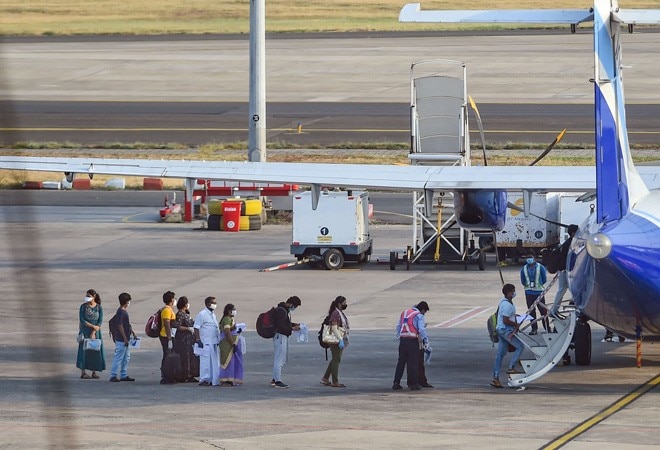 After identity verification on the BevQ app, buyers will assigned a token time slot for purchasing liquor in Kerala outlets (Representative image/PTI)

Kerala will begin selling liquor once again from Thursday for the first time since the nationwide coronavirus lockdown came into effect in March. The state government has also released a BevQ mobile application to avoid crowding in the process.

The Kerala government has allowed 301 outlets under the Kerala State Beverages Corporation (BEVCO), along with 576 bars, and 291 beer and wine parlours. The liquor stores will remain open from 9:00 am to 5:00 pm. Buyers will have to register on the BevQ app for buying alcohol in the state, similar to the e-token arrangement earlier adopted by Delhi government.

Buyers will receive a token and a slot for purchasing alcohol which they can avail at any BEVCO outlet or bar counter. After identity verification on the BevQ app, one person can buy liquor every four days. Those without smartphones can even make bookings via sending an SMS on 8943389433. Bookings have been allowed from 6:00 am to 10:00 pm.

"A 50 paise charge will be collected from customers by the government for back-end expenses to generate tokens. Only five people will be allowed to be in the queue at a time in front of the outlets," he added.

On guidelines from the Union Home Ministry, several states governments have reopened liquor sales in their respective states to pare revenue losses on the back of multiple extensions in the coronavirus lockdown. However, that attracted huge crowds outside alcohol shops, sending social distancing norms for a toss. Several states even imposed a steep 'corona fee' on liquor sales to dissuade these crowds. Over the past couple of weeks, states have devised digital means to control crowds, like e-tokens in Delhi, or allowed home delivery of alcohol. Food delivery aggregators Zomato and Swiggy have jumped in to facilitate doorstep delivery of booze in certain regions.