"Chinese border troops always strictly abide by the LAC. They never cross the line. Border troops on the two sides have been in close communication regarding the issues on the ground," said Lijian 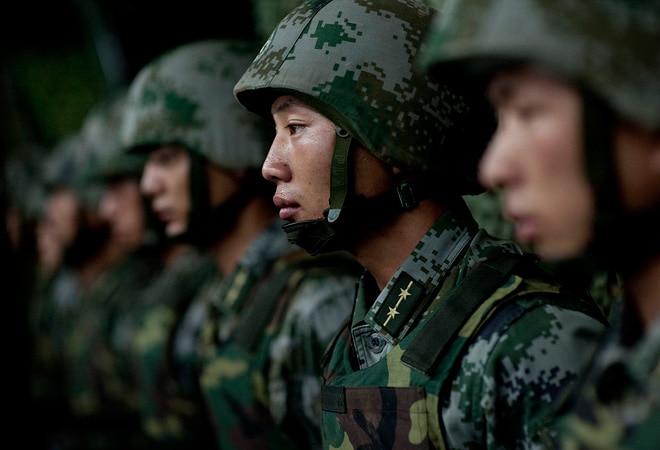 The Indian Army on Monday said it thwarted Chinese troops' attempt to transgress into areas near the southern bank of Pangong lake near Chushul area in Ladakh on night of August 29 and 30. Refuting the charges, China has said that its border troops "never cross the Line of Actual Control (LAC)".

"Chinese border troops always strictly abide by the LAC. They never cross the line. Border troops on the two sides have been in close communication regarding the issues on the ground," said spokesman of Chinese Foreign Ministry Zhao Lijian in response to the fresh incident at Pangong Tso.

Brigade Commander level flag meeting is currently in progress at Chushul sector along the LAC to resolve the issues. On the ongoing meeting, Lijian said, "What I said is that the two sides through diplomatic and military channels maintain close communication. As to specific meetings and talks, if there is anything we will release it in timely manner."

As per report, about 200 Chinese soldiers came in a SUV vehicular convoy at around 11 pm on August 29. They ran into Indian post, which was challenged by Indian forces deployed in the area. The Indian Army had prior intel about the deployment and was prepared to handle any situation in that area. No injuries or casualties were reported.

China's statement came hours the Indian Army issued a statement, saying that Chinese troops carried out "provocative" military movements to change the status quo on previous consensus arrived at during military and diplomatic engagements over the ongoing standoff in Eastern Ladakh.

"Indian troops pre-empted this PLA activity on the Southern Bank of Pangong Tso Lake, undertook measures to strengthen our positions and thwart Chinese intentions to unilaterally change facts on ground," Ministry of Defence said in a statement.

The ministry further stated that the Indian Army is committed to maintaining peace and tranquility through dialogue, but is also equally determined to protect its territorial integrity.