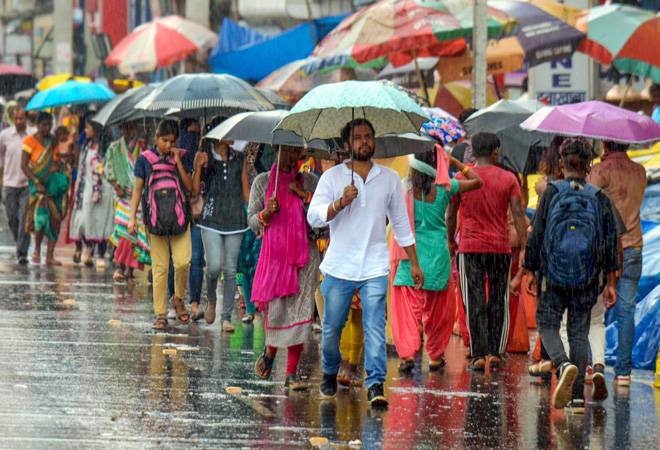 Monsoon 2019: Delhi is likely to witness high humidity this week, also the city may witness maximum temperature of 40 degree celsius.

India's annual monsoon rains have covered almost half of the country and very soon it will hit northeastern states between June 25 and June 27. However, Delhi and other north Indian states would remain dry for a few days, reported Indian Meteorological Department (IMD).

The Southwest monsoon has already made advancement to Maharashtra on Tuesday. According to IMD, it is after 45 years, the monsoon has hit the state this late. Usually, monsoon arrives in Mumbai around June 10 every year.

According to private weather forecaster Skymet Weather, at present, a cyclonic circulation is over Assam and its adjoining areas. Also, a north-south trough from West Assam is running up to North Bay of Bengal. Therefore, heavy to very heavy rains are expected in Assam, Meghalaya, parts of Arunachal Pradesh and Tripura.

The day temperatures will decrease significantly over the entire northeastern states. This heavy to very heavy rain will be observed between June 25 to 27 mainly in Sikkim, western and southern parts of Assam and Meghalaya.

During this period, the day temperature is likely to remain between 27 to 29 degrees Celsius.

The mercury is likely to rise slightly in the national capital on Wednesday owing to dry conditions, the weatherman said.

The weather office has predicted a partly cloudy sky and "thundery development during the day but there's a slim chance of rainfall".

The maximum temperature is likely to touch the 40-degree Celsius mark.