"If Rahul Gandhi's fight is against the BJP, he should have contested against the saffron party. In Kerala, the fight is between LDF and UDF in the elections," Kerala Chief Minister Pinarayi Vijayan said. 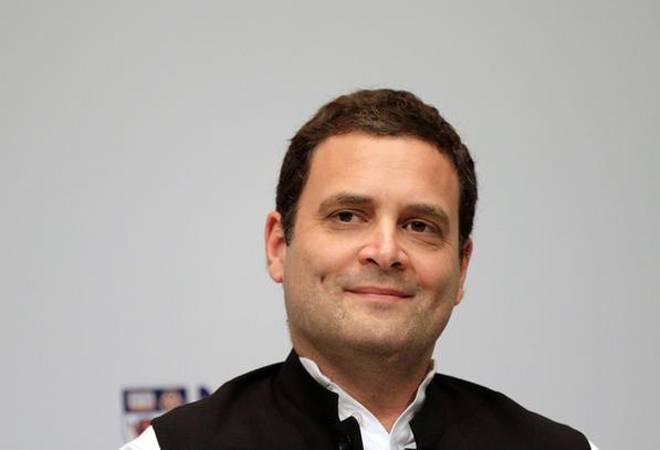 Kerala Chief Minister Pinarayi Vijayan Sunday said Congress President Rahul Gandhi's contest in Wayanad in the state could only be seen as a move to fight the Left parties and not the BJP and asserted that the LDF would defeat him in the April 23 Lok Sabha elections.

There was no need to attach any special importance to the Congress President contesting from the state and Gandhi was just one among the 20 candidates of the opposition UDF, who are trying their luck from Kerala, he said.

"If Gandhi's fight is against the BJP, he should have contested against the saffron party. In Kerala, the fight is between LDF and UDF in the elections," Vijayan told a meet-the-press programme at the Press Club here.

He was reacting to the announcement by Congress that Gandhi would contest from the hilly Wayanad, considered a fortress of the party, in addition to the Gandhi family's pocket burrow Amethi seat in Uttar Pradesh in the polls.

"The present move can only be seen as a fight against the Left. But, we have no anxiety...we are fully confident and will strive to defeat him in Wayanad," the CPI-M veteran said.

Gandhi had announced earlier he would retain Amethi in Uttar Pradesh as his constituency after elections, he said.

"So, it is like...Gandhi will continue as the MP from Amethi and in Wayand he is examining if he can defeat the Left", the Chief Minister said asking what message the Congress was conveying to the people through the move.

When asked about the proposed post-poll alliance with the Congress at the national level, Vijayan said it was a matter to be thought off after the elections.

"After realising that he will lose from Amethi, Gandhi has decided to contest from wayand", he told reporters here.

The BJP would give a "tough fight" to the Congress candidate, he said adding Gandhi's Wayanad contest was being viewed by the party as "acceptance of defeat".

The state Congress leaders were all in a jubilant mood over the AICC chief's decision.

Leader of the Opposition in the state assembly Ramesh Chennithala said the party'saim was to ensure Gandhi's victory with a massive margin.

"I challenge Pinarayi Vijayan, if he can defeat Rahul Gandhi in Wayanad and we accept the challenge," he told reporters at Alapuzha.

It would be a "historical win" for Gandhi in Wayanad and there would be a "Rahul wave" in the entire state, he claimed.

"A prime ministerial candidate is contesting from Kerala for the first time and this will have an impact in the entire state," he said adding the UDF would win all 20 seats.

Party's state unitPresident Mulapally Ramachandran said the decision to field Gandhi from Wayand would be "a happy news for secular-democratic forces" in the state.

Congress leader M I Shanavas, who died in November last year, had won Wayanad, known for its picturesque locales and spices, in the 2009 and 2014 elections.

The LDF has decided to field CPIs P P Suneer in the constituency this time while BJP-NDA yet to announce its candidate.