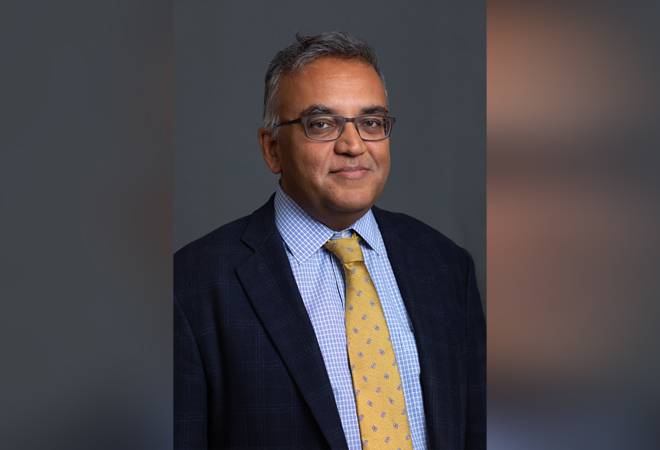 Remdesivir and Dexamethasone are the only two drugs that are effective to an extent against coronavirus infection, says globally renowned health expert Dr Ashish Jha. No other drug is as efficacious as these two amid the current circumstances worldwide, adds Jha who is Harvard Global Health Institute director. "We have reasonably good evidence for both of them . At the end of the day, both of them only have one study and it is not like the evidence of those two are great but are good enough and in a difficult situation like this we should approve them. Everything else is speculation and I am not aware of any other drug that has shown to be effective. So, I think other drugs should be studied and researched," Jha told BusinessToday.In on the telephone.

One a steroid, other an antiviral

So, what do these two drugs do and how do they help deal with the virus better? Dexamethasone, he explains, "is a steroid and what it does is that it suppresses the immune system. The obvious question is why in an infection, would you want to suppress the immune system?  That is because, based on what we have learnt over the last three to four months, it appears there are two phases of the disease. The first phase where the virus grows rapidly in the body and then there is a second phase when your immune system reacts to that virus and reacts very aggressively and starts damaging your body.

"So, what Dexamethasone does is that it stops that aggressive response. And, here is the key issue, with Dexamethasone, we are seeing that if you give it very early in the disease onset phase, it proves to be actually harmful. It could worsen the case because in the beginning of the disease, you actually need your immune system to work well," he adds.

Therefore, he sees a clear need for caution. "What I am worried about is that if people look at only the fact that Dexamethasone is approved as a drug and start taking it and if doctors prescribe them, it could be very harmful. And, this is where remdesavir comes in. What remdesavir does is that it stops the virus from replicating and thereby stops the growth of virus in the body. Therefore, Remdesavir seems to be useful for those who are coping with the beginning part of the disease and Dexamethasone is useful for those who have to deal with the disease in its later phase within the body."

But, then what about the contention that Remdesivir only reduces hospitalisation by about 30 per cent? Dr Jha has a simple answer: "Though the evidence  on lowering the death rate is not as strong as I would like it to be, the data does make it look like it will probably lower the mortality rate too."

As we write this, we learn that apart from the three drugs - Dexamethasone, Remdesivir and Favipiravir - the Indian drug regulator has nearly 15 products (drugs to plasma products to others) on its table awaiting approval.

On how he views the journey of the virus in India and what should one be expecting, he says: "I have to say, I am very worried about India. We are seeing acceleration of cases in many parts of the country and the question that I have been asking is what is it that is going to slow this virus down in India? The only three things that we know that work are: First, lockdown and aggressive social distancing and I know Chennai for instance, has some sort of a lockdown but all of India is coming out of lockdown and it can be very difficult to go back to lockdown."

Then, the only other thing we know of is masks can help. It is cheap and relatively easy to have and I believe, India should have some national masking law or at least every state should have that that ensures you wearing a mask when interacting with other people. Finally, the only third strategy that is available is that of ramping up testing , tracing and isolation - things that India has done very well in a few places," he adds.

Here he points to the success in dealing with the outbreak in Dharavi, one of Asia's largest slums and in Mumbai. "By the way, I was very nervous when I heard about an outbreak in Dharavi and feared a possible disaster but it was not so bad because it was controlled with very aggressive testing and tracing. So, it is doable and that is what India has to focus on as also on social distancing. We should encourage people, who can work from home, to actually work from home. Of course, day labourers cannot work from home but should be wearing masks and make sure there are no large gatherings. So, there is a lot that can be done but it is going to be a very hard period of time. I am watching it every day and remaining concerned because the case number seems to be only going up."

What next for India

"Well, what I am worried about is that let us say those three-four things that I just talked about (lockdowns, masks, social distancing and testing, tracing and isolation) are not done, then we are going to see a very, very large outbreak across the country and most of the modeling data suggest that within a month or so we will get to a point where there are 1 lakh or even 2 lakh cases per day (as against little over 18,000 today and the total so far crossing 5 lakh) and that off course will be very challenging to deal with. So, that is where India is heading if it does not take adequate care now and become aggressive (on the protection measures)."

When asked on the way out from this huge global dependence on China in the medicine supply chain, including by the Indian companies, he says:  "Well in the short run, this is a question that America is facing too and in the short term we have to ensure that those supply chain remain intact as there is not enough time in the middle of this crisis to completely cut out China and in my mind, the focus has on making sure the drug supplies remain intact. Over the longer run, there is going to be a bigger question on how much different countries want to be dependent on each other."