Not only Salman Khan, even Bollywood would be massively impacted by the quantum of sentence. The actor is currently part of four movies. 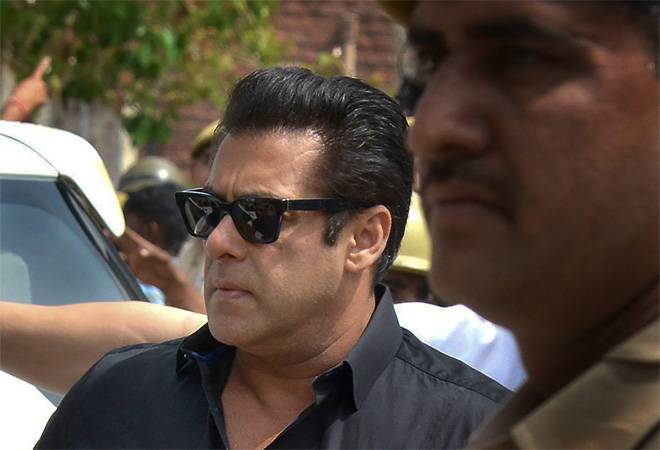 The Jodhpur Sessions Court today announced its verdict in the blackbuck poaching case of 1998. Salman Khan, who is one of the accused has been found guilty by the court while Saif Ali Khan, Sonali Bendre, Tabu and Neelam have been acquitted. Salman Khan is convicted under Section 51 of the Wildlife Protection Act for hunting two blackbucks in Jodhpur's Kankani village when they were filming Sooraj Barjatya's Hum Saath Saath Hain.

Here's a look at all the films that are in peril right now.

Remo D'Souza's much awaited film Race 3. This film is the third part of franchise and Salman is playing the protagonist in the film. The movie has been filmed in Abu Dhabi and Bangkok but some of the remaining part of the film is yet to be shot. The film also stars Jacqueline Fernandez, Anil Kapoor, Bobby Deol, Saqib Saleem and Daisy Shah. The film is financed and produced under the banner of SKF Films and Ramesh Taurani's Tips Films. The film's expected to release on June 15.

Director Ali Abbas Zafar, who joined hands with Salman Khan for 2017's biggest hit Tiger Zinda Hai has once again collaborated with the actor for another film. In Bharat, Salman Khan will be seen as an ordinary man narrating the Korean history from 1950. Bharat is the remake of Korean movie Ode to My Father. The film is expected to hit the theatres on Eid 2019. Bharat is being produced under the banner of T-series and is co-produced by Atul Agnihotri and Bhushan Kumar.

Salman Khan reprises the role of Chulbul Pandey in Dabangg 3, directed by Prabhu Deva and produced by Arbaaz Khan. After both prequels Dabangg and Dabangg 2 proved to be box office hits, Dabangg 3 was expected to be another treat for fans. The film's release date has not been confirmed.

Another big project that Salman Khan is part of is Sajid Nadiadwala's Kick 2. The announcement of the film was first made on Twitter in February this year. It read, "The wait is over! #DEVILisBACK!! #SajidNadiadwala's Kick 2 starring @BeingSalmanKhan releases Christmas 2019. @WardaNadiadwala."

Nokia 7 Plus hands on experience: A mid-ranger with flagship grade camera