Mukesh Ambani, the owner of India's biggest business house, didn't see it coming - not at the wedding reception of Deepika Padukone and Ranveer Singh. 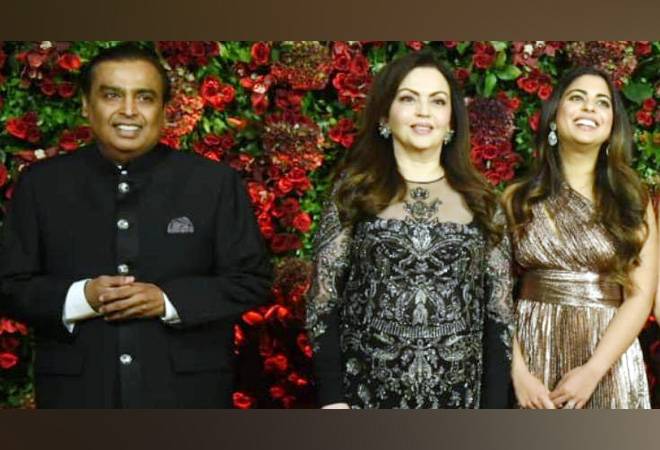 Mukesh Ambani, the owner of India's biggest business house, didn't see it coming - not at the wedding reception of Deepika Padukone and Ranveer Singh. As he stood with his family in front of the noisy shutterbugs, one voice said: 'Sir, Jio nahi chal raha'.

But, Mukesh Ambani looked unfazed (we can't tell if he even heard the photographer in the noise) and continued to pose. After a few seconds, he went to meet actor Sanjay Dutt, who had arrived at the venue.

However, the footage of the incident has drawn traction on the social media.

Mukesh Ambani had come to attend the wedding reception with his wife Nita Ambani, daughter Isha, and sons Akash and Anant Ambani. Akash's fiancee Shloka Mehta was also at the event.

Mukesh Ambani's Reliance Jio has disrupted the telecom industry since its launch in late 2016. The telecom start-up turned profitable less than a year and a half since its launch. Many of its competitors, including Airtel and Vodafone were left with no option but to reduce data and call charges drastically.

GSK Consumer Healthcare to merge with Hindustan Unilever: Here are 10 things you should know