Sood got award from Department of Planning, Punjab, along with Sustainable Development Goals Coordination Centre; UN body has recognised actor's efforts in helping poor migrants who were stuck in big cities amid coronavirus crisis 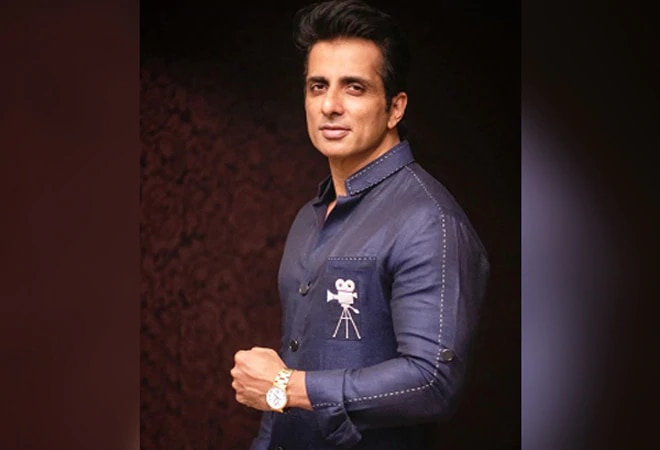 Hailed as a real-life superhero for his humanitarian work amid coronavirus crisis, actor Sonu Sood has been awarded the prestigious SDG Special Humanitarian Action Award of the United Nations Development Programme's (UNDP). The actor got the prestigious award during a ceremony held digitally from the Department of Planning, Punjab, along with the Sustainable Development Goals Coordination Centre. Sood hails from Moga area of Punjab.

The UN has recognised the actor's efforts in helping poor migrants who were stuck in big cities like Mumbai during lockdown by arranging buses, food, trains and even chartered flights to ferry them to their native places from cities.

Seeing the enormous response from people, many of whom had lost jobs during the lockdown, the actor also tried to provide different employment opportunities to them. He offered his Mumbai hotel for frontline workers, including medical professionals, and people who had nowhere to go when the cyclone Nisarga landed in Maharashtra amid coronavirus crisis in July.

A special message from the UNDP said: "The 'Special Humanitarian Action Award' given to Mr Sonu Sood was conferred on him by the Department of Planning of the Government of Punjab, with the support of the Sustainable Development Goals Coordination Centre. The awardees were selected based on the recommendation of an independent jury. UNDP was not involved in the selection nor in the conferring of the award to Mr Sonu Sood. We congratulate Mr Sood on receiving this award and appreciate his humanitarian efforts to help people in these challenging times."

Besides, Sood also helped several members of the film industry who sought his help in times of crisis.

The queries on his mobile and social media accounts were so many he had to launch a separate helpline to help people. In a tweet last month, Sonu Sood said, "1,137 mails, 19,000 FB messages, 4,812  Insta messages, 6,741 Twitter messages. Today's HELP messages. On average these are the number of requests I get for HELP. It is humanly impossible to reach out to everyone. I still try my best. Apologies if I missed your message."