International Yoga Day: Doga aka yoga for dogs was started by Suzi Teitelman in New York in 2002. In this dogs are used as props.

As the world celebrates fifth International Yoga Day today, all countries are coming forward to participate in the mega event. Interestingly, human's best friend, dogs, are also not far behind when it comes to practicising asanas. For those who don't know, there is a yoga for dogs, known as 'Doga'. The Doga was started by Suzi Teitelman in New York in 2002. In Doga, dogs are used as props.

Here are some interesting visuals and videos of dogs practicing yoga with soldiers:

The Indo-Tibetan Border Police (ITBP) personnel from Animal Training School (ATS) performed asanas with dogs on the river bank  of Lohit Valley in Arunachal Pradesh. Photographs of the event show the dogs doing asanas along with their trainers. 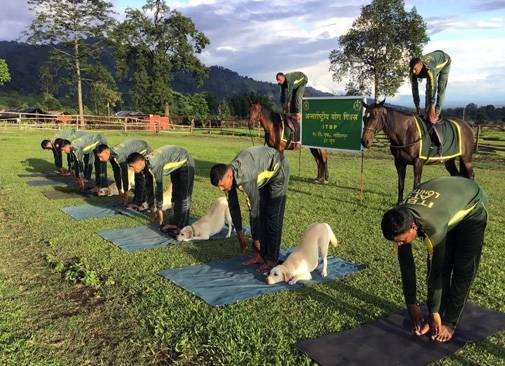 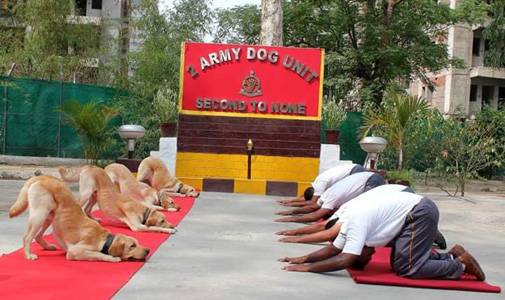 The dog squad of Border Security Force was seen performing along with their masters on in Jammu.

#WATCH Dog squad of Border Security Force performs yoga along with their trainers on #YogaDay2019 in Jammu. pic.twitter.com/TTN2vAgbeS

Earlier this month, several central armed force performed yoga at an altitude of 18,000 feet in Ladakha

Earlier today, PM Modi performed yoga with around 40,000 enthusiasts at the Prabhat Tara ground in Ranchi. This year's theme for the yoga day is 'Yoga for Heart'. Since 2015, the International Day of Yoga is celebrated annually on June 21.