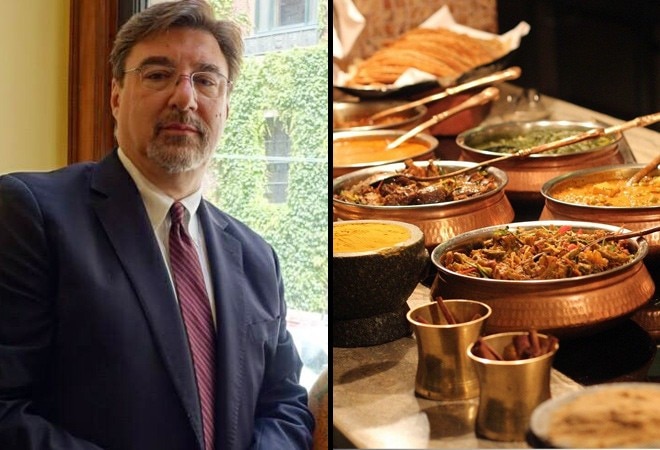 US scholar and writer Tom Nichols faced the ire of Twitter after posting a tweet where he called Indian food 'terrible'. Admirers of the cuisine, Indians and foreigners alike, did not allow the affront go unpunished, calling Nichols flavourless, mistaken, and even wrong. Food delivery aggregator Zomato also joined the Twitterati to criticise Nichols for his rude statement in Indian food.

Nichols quoted this tweet to present his controversial take on Indian food: "Indian food is terrible and we pretend it isn't."

Indian food is terrible and we pretend it isn’t. https://t.co/NGOUtRUCUN

To say the least, the comment was not well received by Twitter. The comment section was flooded by users disagreeing with Nichols. Even Zomato had a say on Nichols dislike for Indian food.

now would be a good time to launch the dislike button @Twitterhttps://t.co/GzpmpX1ZG2

Here's more of what Twitter had to say about Nichols and his opinion about Indian food.

Imagine going thru life being this flavorless. lol.

Unless you've literally tried every single type of Indian cuisine there is no way you can make such a general statement.

I agree with Tom on many things. He is a wise man. But this is crazy. Tom, I will take you for Indian food when you’re in DC.

Who's this "we"? Also they asked for "controversial opinions", not "wrong opinions" pic.twitter.com/4SB648QmNy

Wow, we may never have disagreed more.

I agree if you have grown up in a universe of cornflakes for breakfast, bland meat with a few veggies thrown in for lunch and dinner, & an occasional tasteless pizza; with salt n pepper being the only notable 'spices'.

I'm just here for the raita. (And just about every other complex, subtle, sometimes exquisitely spicy but then artfully balanced by context dish that is part of the staggeringly varied cuisine sometimes called "Indian food.")

I'm an American living in London and one of the great joys of living here is the Indian/Pakistani food. You may find the perfumed spices not to your liking but, wow, I LOVE IT. All of it.

Plus, like every country there are delightful regional styles & dishes. pic.twitter.com/jSVwviWtyU

Doubt if you've been exposed to, let alone tasted, 1% of dishes Indians eat. Incidentally, there's nothing called "Indian" food except maybe the limited fare labeled so overseas. Here we have a different cuisine every couple of 100 km. https://t.co/MTjW9kAtDV

You maybe a professor in your stuff but you are a grade 1 student in Indian food. Look at the veggie varieties of Indian. This isn't all. There is more in the store. pic.twitter.com/YD1iVTU4La

Indian cuisine is one of the few in this world which has mastered the use of pretty much all the spices. It has extensive flavours, textures and colours throughout the different dishes. I’m sorry that your pallet is too rudimentary to appreciate the wonder that IS Indian cuisine

Sometimes people are like “there’s no wrong answer!” to a fun question. But there always is a wrong answer, and this is it. This is the only wrong answer.

'Get explosives...kill them at one go': SC admonishes Centre over Delhi pollution in terse words