The couple will tie the knot on January 24 at The Mansion House, a beach resort, in Alibaug 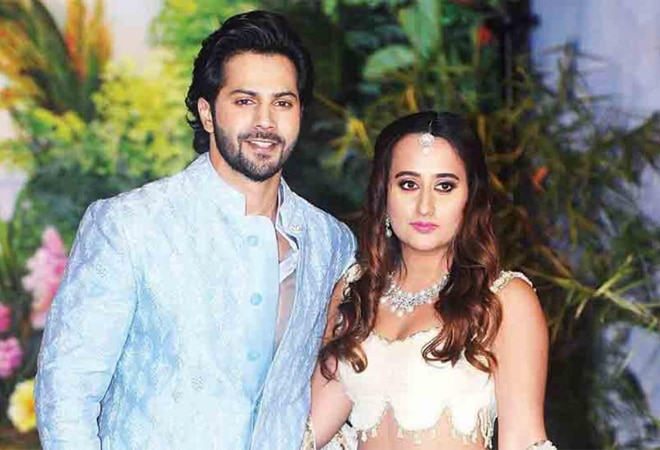 Both fell in love when they met at a music concert

Varun Dhawan and Natasha Dalal are all set for their wedding. The couple was captured leaving their house for the wedding venue with their family members.

The wedding is planned for January 24 at The Mansion House, a beach resort, in Alibaug. The Dhawans have booked the resort facing the beach and are planning a grand yet simple affair.

Varun and Natasha knew each other since their school days but they fell in love when they met at a music concert years later. They kept their love under wraps for years but finally Varun revealed the news on social media on her birthday.

On Kareena Kapoor's Radio Show, Varun said, "The first time I met Natasha was in the sixth standard. We have not been dating since then. We were friends till the eleventh or twelfth grade. We were very close friends but the minute I saw her, I still remember, we went to Maneckji Cooper, she was in the yellow house and I was in the red house. It was on the basketball court. So, in the lunch break, in the canteen, they give you food and an energy drink. I remember her walking, I remember seeing her and actually, when I saw her, I felt like I fell in love with her that day. That was it."

On Karan Joha's show, Varun confirmed that Natasha was his fiancee. "I am dating her and we are a couple...I plan to marry her," he said.

Around 50 guests will attend the couple's wedding. Due to the ongoing pandemic, the invitations were sent to only close friends and relatives. The list includes names of Bollywood director Karan Johar, Ranbir Kapoor and Alia Bhatt as well as Shah Rukh and Salman Khan.

According to reports, Manish Malhotra is set to dress Varun and Natasha for their wedding festivities.

Flight services hit in Kashmir due to snowfall