Russia has also ordered companies to sell 80% of their foreign currency revenues, the central bank and the finance ministry said.

A deserted street is seen after curfew ended, as Russia's invasion of Ukraine continues, in Kyiv, Ukraine. (Photo: Reuters)

Russia's central bank on Monday sharply raised its key policy rate to 20%, a day after announcing a slew of measures to support domestic markets, as it scrambled to manage the fallout of harsh Western sanctions in retaliation against Moscow's invasion of Ukraine.

The bank hiked the key rate from 9.5% to counter risks of rouble depreciation and higher inflation, and also ordered companies to sell 80% of their foreign currency revenues.

"External conditions for the Russian economy have drastically changed," the central bank said in a statement, adding that the rate hike 'will ensure a rise in deposit rates to levels needed to compensate for the increased depreciation and inflation risk."

Monday's steps bolster other measures announced on Sunday, which include the central bank's assurance that it would resume buying gold on the domestic market, launch a repurchase auction with no limits and ease restrictions on banks' open foreign currency positions.

It also increased the range of securities that can be used as collateral to get loans and ordered market players to reject foreign clients' bids to sell Russian securities.

Central Bank Governor Elvira Nabiullina will hold a briefing at 1300 GMT, the bank said in its statement on Monday. The steps came after Western allies ratcheted up sanctions on Saturday, taking action to banish big Russian banks from the main global payments system SWIFT and announced other measures to limit Moscow's use of a $630 billion war chest to undermine sanctions.

The new set of sanctions were likely to deal a devastating blow to the Russian economy and make it hard for Russian banks and companies to access the international financial system. The rouble plunged nearly 30% to an all-time low versus the dollar on Monday.

Russians waited in long queues outside ATMs on Sunday, worried that new Western sanctions over Moscow's invasion of Ukraine will trigger cash shortages and disrupt payments.

"A bank run has already started in Russia over the weekend ... and inflation will immediately spike massively, and the Russian banking system is likely to be in trouble," said Jeffrey Halley, Asia-based senior market analyst at OANDA. 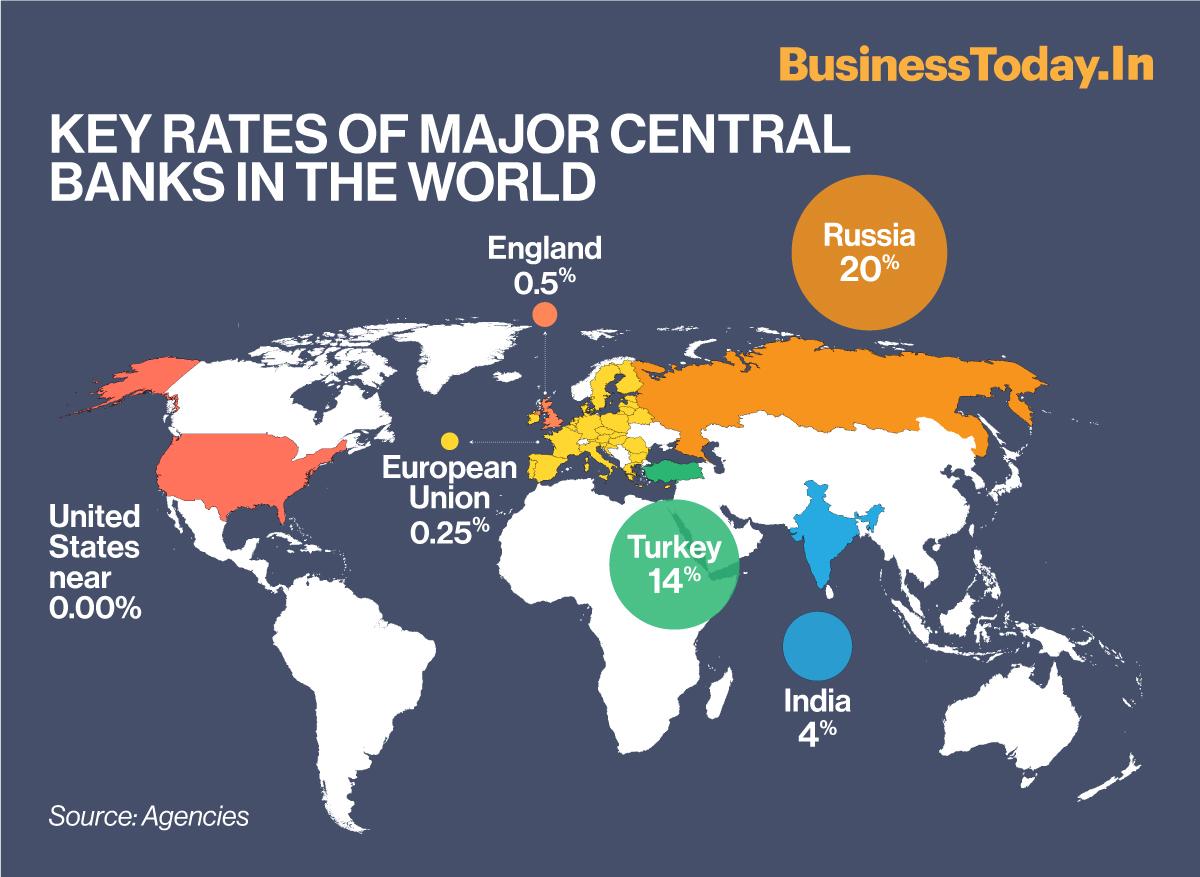 Nomura analysts said the fresh reprisal measures by the West against Russia is likely to have wider global implications.

"These sanctions from the West are likely to eventually hurt trade flows out of Russia (around 80% of FX transactions handled by Russian financial institutions are denominated in USD), which will also hurt the growth outlook of Russia's key trading partners including Europe and lead to greater inflationary pressures and risk of stagflation, we think," the analysts wrote in a note to clients.

Energy major BP BP.L opened a new front in the West's campaign to isolate Russia's economy, with its decision to abandon its stake in state oil company Rosneft ROSN.MM at a cost of up to $25 billion, the most aggressive move yet by a company in response to Moscow's invasion of Ukraine.

The Russian business operations of other Western corporations are also in the spotlight as governments tighten the financial screws on Moscow.

Several European subsidiaries of Sberbank Russia, majority owned by the Russian government, are failing or likely to fail due to the reputational cost of the war in Ukraine, the European Central Bank, the lenders' supervisor, said on Monday.

The Russian central bank in several announcements on Sunday sought to ensure financial stability. It said it would resume buying gold on the domestic market from Feb. 28.

It also ordered market players to reject attempts by foreign clients to sell Russian securities, according to a central bank document seen by Reuters.

That could complicate plans by the sovereign wealth funds of Norway and Australia, which said they planned to wind down exposure to Russian-listed companies.

In a bid to inject cash into the financial system, the central bank said there would be no limit at a "fine-tuning" repo auction it plans to hold on Monday and added that the banking system remained stable after the new sanctions targeting Russia's financial institutions.

The central bank said bank cards were working as normal and that customers' funds could be accessed at any time. It said it would substantially increase the range of securities that can be used as collateral to get central bank loans.

The central bank also said it is temporarily easing restrictions on banks' open foreign currency positions after the sanctions. The measure, allowing banks suffering from "external circumstances" to keep positions above the official limits, will be in place until July 1, it said in a statement.

The central bank said that it would continue to monitor changes in currency positions "in order to guarantee the normal functioning of the currency and money markets and the financial stability of lending institutions".