Known as 'Oracle of Omaha', Warren Buffett spent much of his early investing career reading over 1,000 pages a day. 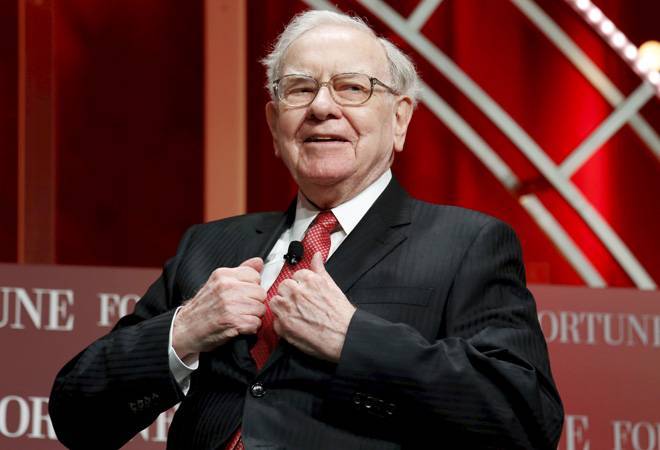 Ever wondered what a billionaire investor like Warren Buffett has in his book shelf?

Known as 'Oracle of Omaha', Warren Buffett spent much of his early investing career reading over 1,000 pages a day.

In an interview with The Week, Buffet once advised to read 500 pages every day. "That's how knowledge builds up, like compound interest" he said.

Even at this age, the Berkshire Hathway Chairman says he reads all day in his office.

Buffett isn't shy about sharing his reading lists on interviews, to students or his shareholders.

As Buffett celebrates his 85th birthday, here are the top 7 books from the billionaire's bookshelf:

1. The Intelligent Investor by Benjamin Graham

Warren Buffett: "Picking up that book was one of the luckiest moments in my life."

The intelligent Investor by Benjamin Graham talks about value investing, an investing approach he taught at Columbia Business School.

Buffett even enrolled in Columbia Business School so as to attend Graham's classes.

2. Common stocks and Uncommon Profits by Philip A Fisher

Although not a widely known author, Buffett was immensely impressed with his work. Buffett's biographer even credits Fisher with playing a major role in evolving Buffett's investing approach.

In his book, Keynes wrote between 1919 to 1931 about inflation, the gold standard, Russia and Germany, and the possibilities of economic growth.

4. The Clash of the Cultures, by John Bogle

This book was one of Warren Buffett's recommendation from his 2012 Shareholder letter.

The book is written by the former secretary of the US Treasury who accounts for steering a wing of the government through an economic crisis.

When Bill Gates asked Warren Buffett to recommend his favourite book on business, Buffett sent his personal copy of this book. Later Gates said it was the best business book he has ever read.

Finally, a book by the master himself:

It is a collection of letter's to shareholders that informally detail his basic principles and practices.