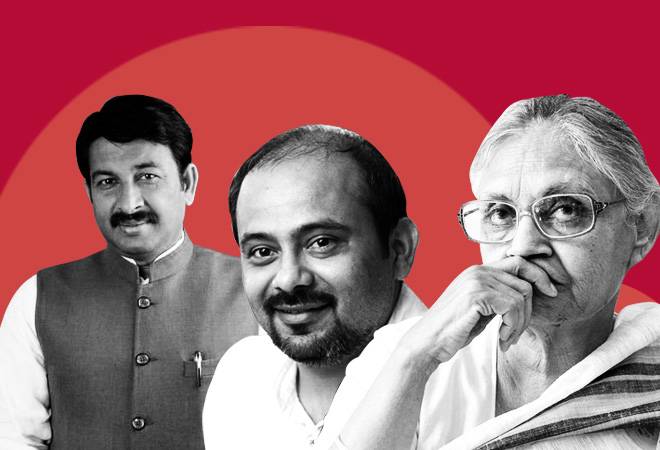 In a historic victory in the National Capital, the Bharatiya Janata Party (BJP) has secured victory in six Lok Sabha seats, while the counting was still on for the Chandani Chowk seat. Delhi BJP chief Manoj Tiwari, who contested from the North East Delhi constituency against Congress veteran and former chief minister Sheila Dikshit and AAP's Dilip Pandey, received around 4.4 lakh votes. Sheila Dikshit came distant second with over 2 lakh votes. Tiwari won by a margin of 3.66 lakh votes.

Sheila Dikshit's son and Congress leader Sandeep Dikshit claimed the Balakot air strike in February, benefited the BJP in Delhi, reported PTI. "I can say with absolute certainty that if the Balakot (air strike) had not taken place, the BJP would not have crossed 180 seats. They gained almost 100 seats because of Balakot and how they multiplied," Sandeep Dikshit told reporters. Singer-turned-politician Hans Raj Hans, who was contesting North West Delhi, won by a margin of 5.53,897 votes. He was pitted against AAP's Gugan Singh and Congress' Rajesh Lilothia.

Ramesh Bidhuri of the BJP defeated AAP's Raghav Chadha by a margin of 3,67,043 votes from South Delhi. Chandni Chowk was the only seat where counting was still on at the time of filing of this story. By 11:48 PM, as many as 5,19,055  votes were counted in favour of Union Minister Harsh Vardhan, while 2,90,910 votes were polled in favour of Jai Prakash Agarwal.