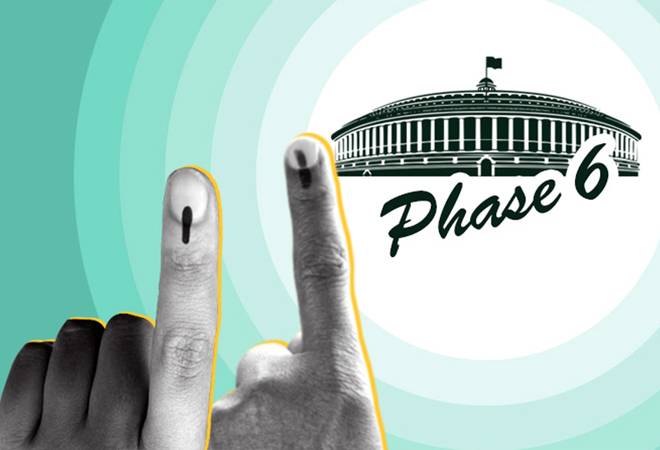 Lok Sabha election 2019 Phase 6: The National Capital Territory of Delhi logged 59.74% voting till 9:00pm in phase 6 of Lok Sabha elections 2019. With no alliance between the Aam Aadmi Party and the Congress, there's a three-way battle in Delhi with BJP hopeful of repeating its 2014 performance when it bagged all seven seats.

In North East Delhi, former Chief Minister Sheila Dikshit will take on BJP's Manoj Tiwari and AAP's Dilip Pandey. Dikshit governed Delhi as CM for 15 years till 2013 whereas Aam Aadmi Party's Dilip Pandey will be making his debut in the elections. According to the chief electoral office, there are around 22.89 lakh voters in the North-East Lok Sabha constituency, and of these, nearly 12.52 lakh are male voters while there are over 10.37 lakh female voters.

Congress candidate Arvinder Singh Lovely, ex-cricketer Gautam Gambhir of BJP and AAP's Atishi Marlena will be fighting it out in East Delhi. In 2014, Maheish Girri of BJP had won this seat after defeating AAP. The constituency covers areas east of the Yamuna and has a large population, including Seelampur, Shahdara, Gandhi Nagar and Preet Vihar.

The unreserved Lok Sabha seat of New Delhi will see BJP's Meenakshi Lekhi go against Ajay Maken of Congress and Brijesh Goyal of AAP. In 2014, Meenakashi Lekhi won in this seat by defeating AAP's Ashish Khetan by 1,62,708 votes.