As per the exit polls, BJP will bag at least 23 seats of the state's 25 seats today, decimating the Congress. Along with its allies, the saffron party is expected to get 54 per cent votes. 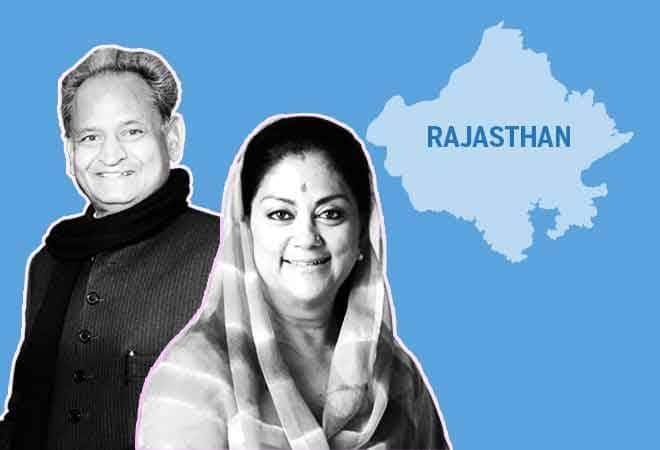 The pollsters had predicted that the BJP would make a comeback in Rajasthan following a poor show in the recent Assembly polls and the early trends back them up. In Ajmer, for instance,  BJP's Bhagirath Chaudhary is currently leading with 59.12 per cent of the votes as per the Election Commission's results website. Similarly, in Pali, P.P. Chaudhary has cornered 62.38 per cent of the votes.

The BJP hopes to repeat its 2014 General Elections performance when the party had won all 25 seats in the state. The state has traditionally seen a direct contest between the saffron party and the Congress. According to the India Today-Axis My India Exit Poll, BJP will bag at least 23 seats today, decimating the Congress to a meagre two seats. While the BJP and its allies are expected to get 54 per cent votes, the Congress alliance is likely to get 36 per cent. Others are expected to get 10 per cent votes in the final tally.

In the Rajasthan assembly elections, the Congress had won 99 seats out of 200. Ally Rashtriya Lok Dal (RLD) had won one, which made it possible for the Grand Old Party to form the government in the state. But the party, seemingly, has failed to capitalise on this.

Rajyavardhan Singh Rathore is pitted against Congress' Krishna Punia, who is the current MLA from Sadulpur constituency in Rajasthan. Current state Chief Minister Ashok Gehlot's son Vaibhav Gehlot is also in the fray to make a big win this year's Lok Sabha elections.