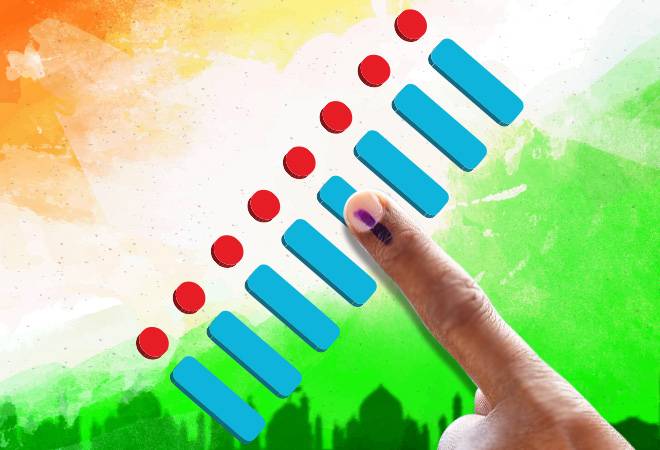 The Supreme Court Tuesday dismissed a PIL seeking 100 per cent matching of Voter Verifiable Paper Audit Trail (VVPAT) slips with Electronic Voting Machines (EVMs) during the counting of votes on May 23 for Lok Sabha polls. A vacation bench headed by Justice Arun Mishra refused to entertain the plea filed by a Chennai-based organisation 'Tech 4 All', saying that a larger bench headed by Chief Justice Ranjan Gogoi had already dealt with the matter and passed an order. "The CJI had dealt with this matter. Why are you taking chance before a two-judge vacation bench," the apex court asked. "We cannot override the CJI's order... This is nonsense. The petition is taken on board. Dismissed," Justice Mishra said. The apex court had on May 7 dismissed a review plea filed by 21 Opposition leaders led by Andhra Pradesh Chief Minister N Chandrababu Naidu seeking that random matching of VVPAT slips with EVMs be increased to 50 per cent.

The top court had on April 8 directed the Election Commission to increase random matching of VVPAT slips with EVMs from one to five polling booths per assembly segment in Lok Sabha polls, saying it would provide greater satisfaction not just to political parties but also to the entire electorate. The plea filed by the Chennai-based organisation said that the model of EVMs employed for the 2019 Lok Shaba Elections are being used for the first time and there have been reports about malfunctioning of EVMs throughout the country.

"It is reported that till third phase of Lok Shaba Election 2019, 49 out of 303 constituencies, that is 1/6th of constituencies suffered due to EVM malfunctioning," the plea said. It gave examples of the states of Odisha and Goa where malfunctioning of EVMs and VVPATs were detected.

The plea said that in Odisha, the VVPAT machine meant for Parliamentary constituency was mistakenly attached to the Control unit and Ballot unit meant for Assembly constituency and the mistake was detected after 22 votes were casted in the newly replaced VVPAT. "This is because the pairing was done wrongly. This clearly proves that M3 controlling unit is technologically incapable of identifying its pair accepting and feeding any pair connected to it," the plea said.

It also said that during mocks polls in Goa, the entire set of EVM was replaced after complaints from one of the booth agents.

The plea said that as a "short term solution" to achieve total satisfaction among the electorate the number of machines subject to verification of VVPAT should be "increased to 100 per cent". "As technocrats, we submit, in the long term the EVM should be replaced by Optical Ballot Scan machine which upholds the Tangible secret ballot system, verifiable even by a common man coupled with cost effectiveness," the plea said.